A Night of Many Months

He’d wondered, when he started the job, why he needed a belt with so many holes.  Now he knew–it fitted around him twice and felt like it needed tightening again.  It took months to visit every home in one night and he’d lived every minute, surviving on what was left for him.  In some houses it was mince pies and a glass of sherry.  In others milk and cookies, and a carrot for the reindeer.

In most, it was nothing at all. END_OF_DOCUMENT_TOKEN_TO_BE_REPLACED 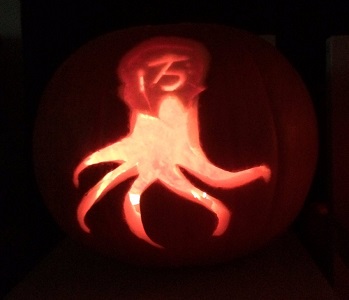 Effie Seiberg: “As a card-carrying wuss, this is the first horror-eque piece I’ve ever written. This story finally lets me say that my work can be found in every single Escape Artists podcast, which is very exciting because I’m a wuss when it comes to horror and never thought this day would come. Perhaps the scariest part, to me, is how we have a culture where it’s somehow ok to treat customer service folks like trash even when they’re not responsible for whatever mishaps you experienced.”

In Regards to Your Concerns About Your ScareBnB Experience

I’m so sorry to hear your family had a negative experience at our ScareBnB. While we aim to provide an atmosphere of family-friendly spooky overnight fun, I see that with your family’s unique experience we’ve missed the mark.

You’re right, the blood dripping down the stairs to the abandoned attic was a slipping hazard. However, we did have signs clearly stating that guests should not go up the abandoned attic stairs for precisely this reason. You’ll be glad to know that the stains will eventually come out of your family’s clothes with a little bit of bleach, but unfortunately the curse we use to keep the bloodflow going is non-removable, and your clothing will continue to drip.

After their arrival into the (closed off) attic, I understand that your children were distressed by the sounds of our attic ghost. However, after reviewing the logs and interviewing the performer on shift, Alex of the Screeching Chains, it appears that the upsetting sounds were of Alex weeping after your offspring doused him in several cans of WD-40 and tried to set him on fire. We encourage our performers to stay in character and will send him an appropriate reprimand once he’s out of the hospital. END_OF_DOCUMENT_TOKEN_TO_BE_REPLACED

“Baby Fingers” is a PseudoPod original

“Polaroid, 1979” is a PseudoPod original

Metal, Sex, Monsters: “As you might be able to tell, this story was written with a Judas Priest soundtrack in mind. While writing it, I listened obsessively to all of Judas Priest’s back catalogue, so that is its main inspiration.”

Curt stares out the into the dark beyond the jaundiced light of the motel sign. He’s got the sawed-off resting across his lap, hands shaking, face white as drywall behind his wild red beard.

I set my helmet down on the dresser, lean myself against the wall. The wallpaper smells like bleach. A fly thrashes between lightbulb and lampshade. TVs cackle through the walls and somehow, over all of this, behind it, the chittering, scratching. Like ants crawling over a microphone. It’s the sound the thing in the bathtub made before it killed Travis.

Curt’s eyes go red, wet. He looks down at his shaking hands, at the shotgun.

Curt nods. “Yeah. I’m a Mongol, Dennis. But I ain’t never seen no shit like that before.” He looks up at me like he’s about to cry. “It…killed Travis.”

A headache builds behind the scratching sound. I try to tell myself that it’s just hearing damage. That emptying twelve rounds in an underground bunker did a number on our eardrums. But that don’t explain everything else. Not even close.

“What’s gonna happen to us?”

Soon as the door shuts behind me, the scratching sounds stop. The night is silent.

The headache don’t go nowhere. I light a cigarette. END_OF_DOCUMENT_TOKEN_TO_BE_REPLACED

“A Real Death” is a PseudoPod Original

“Kintsugi” is a PseudoPod Original — Kintsugi: “I wrote the story for a contest on Codex Writers forum. So much fun to join with more than a hundred people in getting a story done each week for a month!”

“How to Construct a Gun from Your Own Flesh” was first published in the Spring 2018 issue of Vastarien.

this isn’t meant to last
this is for right now

“Find a real death. But there is no real death any longer. There are bodies that break down the way the cars do.”

Bad luck. Voice went first. Hard enough to communicate with it, but without? Gesticulation. Exasperation.

The woman at the repair shop snaps her gum and raises an eyebrow at me. I signal again for something to write with. “Vocal cords,” I want to say. “Mute now. Graft? Transplant? Help a guy out?” But of course I say nothing.

She sighs and flips her visor down to block her eyes. Some vid, or maybe chatting with a boyfriend. Whatever. No help here. I’m invisible. Scansorted when I walked in: (1) warranties expired; (2) credit unsatisfactory; (3) accounts canceled; (4) nothing to barter.

As people used to say: “broke.”