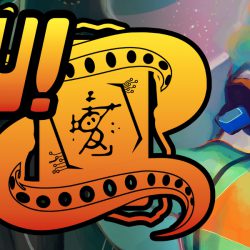 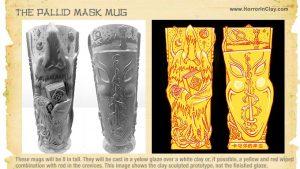 I lay still on my hammock, squeezing my eyes shut. I don’t dare to steal a peek at the narrow stair leading upwards, to the main deck. But I hear the slow drip of water—stagnant, black water mixed with putrid drool and I gag at the stench. Once, when I was a young fool, I did dare a glimpse. Never again. I’ve seen enough of the corpse sprawled across the upper steps, its torso reaching downwards, the rest out of sight. Grey, bloated flesh bathed in the milky light of early dawn. Bone grinds on bone as he turns to seek me out amidst the slumbering sailors. One eye dangles on its decaying cheek, the other socket a dark nest for crabs. END_OF_DOCUMENT_TOKEN_TO_BE_REPLACED

Silver And Copper, Iron And Ash

Something was following him. He had enough woodcraft to know that, although he hadn’t been able to catch sight of it. A rogue wolf, perhaps, or a mountain lion; something solitary and hungry, cautious but lured by the smell of blood on him. He’d have to sit up with the rifle for a night or two and make sure the goats didn’t come to harm.

With a final glance at the darkened woods, James hefted his gunnysack and began the final climb down to the fragile safety of walls.

Four Views of the Big Cigar in Winter

She watched him tromp away and quickly disappear into the blizzard. Had he survived a little longer, she would have given him the big news he was dreading. But a madman with a hammer would find him that afternoon and mercifully spare him the trouble.

Her tears were starting to freeze on her cheeks. She yawned and looked to the east. Snowflakes swirled against the fragile glow like volcanic ash.

No one would see her. Everyone else was indoors: listening to the weather guy for closings, checking the cocoa supply, planning snow forts. She had observed that Arkansans, as a rule, did not prepare for snow—not like their neighbors to the north—and that the residents of Cedar Hill were particularly myopic. They would weave along slick streets like drunkards. They would entrust their children to the talents of school bus drivers who had established records of vehicular homicide. They would neither chain their tires nor salt their bridges. They would pretend that nothing had changed. But only to a point. When a storm like this one came around, even Cedar Hill gave up and stayed home. Bone-aching winter had assailed the Ozark Plateau like a nocturnal predator, and all the other rabbits were snug in their warrens. No one would see her.

No one but the crow on the branch above her.

That was the old way, Henry, when we were young. Remember?

When we two were in college together, when everybody else was reading Hermann Hesse, we were heavily “into” Gothic novels – Monk Lewis, Mrs. Radcliffe, and the ever prolific Anonymous – the early Romantics, De Quincey, Byron, Keats, Mary Shelley – in short anybody who seemed suitably exquisite, melancholy, and doomed for Art’s sake.

Remember how we used to try to top each other’s affectations, just for the fun of it, the outrageous, frilly clothes, the sweeping gestures, the dialogue never heard outside of a bad costume flick: ‘I say, old chap, I think I shall take up opium. It’s so frightfully decadent.

‘I much prefer laudanum, old bean. The visions of Hell are much more vivid that way.’

Neither of us could have fooled a real Briton for a minute, by the way. Our accents were pure college theater. I suppose most of our classmates just thought we were gay.

Ah, with a sweeping sigh. We had joy; we had fun; we had seasons in the crypt.