That was the old way, Henry, when we were young. Remember?

When we two were in college together, when everybody else was reading Hermann Hesse, we were heavily “into” Gothic novels – Monk Lewis, Mrs. Radcliffe, and the ever prolific Anonymous – the early Romantics, De Quincey, Byron, Keats, Mary Shelley – in short anybody who seemed suitably exquisite, melancholy, and doomed for Art’s sake.

Remember how we used to try to top each other’s affectations, just for the fun of it, the outrageous, frilly clothes, the sweeping gestures, the dialogue never heard outside of a bad costume flick: ‘I say, old chap, I think I shall take up opium. It’s so frightfully decadent.

‘I much prefer laudanum, old bean. The visions of Hell are much more vivid that way.’

Neither of us could have fooled a real Briton for a minute, by the way. Our accents were pure college theater. I suppose most of our classmates just thought we were gay.

Ah, with a sweeping sigh. We had joy; we had fun; we had seasons in the crypt. 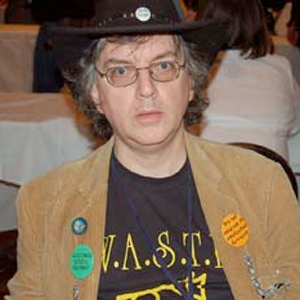 DARRELL SCHWEITZER is a 4-time World Fantasy Award nominee and one-time winner, as co-editor of WEIRD TALES, a position he held for 19 years. He has also edited anthologies, including CTHULHU’S REIGN (2010), THE SECRET HISTORY OF VAMPIRES (2007), FULL MOON CITY (with Martin Greenberg, 2010), and THAT IS NOT DEAD (PS Publishing, forthcoming). He is the author of about 300 published stories, which have been collected in many volumes, two of the most recent of which are THE EMPEROR OF THE ANCIENT WORD and ECHOES OF THE GODDESS (both from Wildside Press) and the novels THE WHITE ISLE, THE SHATTERED GODDESS, and THE MASK OF THE SORCERER. He has also written much non-fiction, including books about H.P. Lovecraft and Lord Dunsany. Upcoming books include, SPEAKING OF HORROR II (a collection of interviews) from Wildside, THE DARRELL SCHWEITZER MEGAPACK (e-book collection, from Wildside), a revised version of LORD DUNSANY: A BIBLIOGRAPHY (with ST Joshi) from Scarecrow Press, and, in 2014 or 2015, PS Publishing is to publish a two-volume retrospective collection of his short fiction.