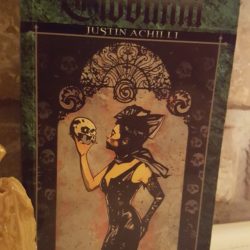 Clan Novel: Giovanni covers events that happen between June 20 and November 4, 1999. It is Book 10 in the original clan novel saga, and was published in April 2000. It was written by Justin Achilli, and this is his sole contribution to this saga. 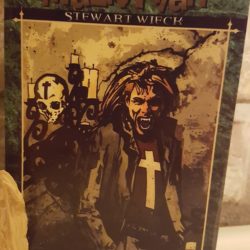 Clan Novel: Malkavian starts with flashbacks to 1788 before primary focus returns after the siege of Atlanta, with activities running from June 22 through October 20, 1999. It is Book 9 in the original clan novel saga, and was published in March 2000. It was written by Stewart Wieck, who also wrote the Toreador novel. My hopes of this book being better than that one were mercilessly crushed early on.

I loved that the modern portion of this book started in Bosnia, reflecting an interesting sign of the times. That chapter of military activity is something that Americans do their best to forget ever happened. It’s fenced out of popular memory as an uncomfortable reminder of tragedies that were debatably mitigated through international actions. With the hindsight of 20 years available, a powerful metaphor could have been developed here. Then again, this author couldn’t even build a metaphor or call back to include the Burning of Atlanta in 1864, so I’ll just stick with my headcanon. END_OF_DOCUMENT_TOKEN_TO_BE_REPLACED 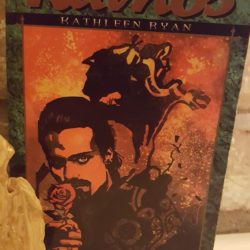 Clan Novel: Ravnos covers events that start immediately after the end of the Setite book, and fits nicely with it, particularly since both were written by Kathleen Ryan. The events start on July 28, 1999 and continue through October 12 of the same year. It is Book 8 in the original clan novel saga, and was published in January 2000. This book was another of the highlights of the series, and the skillful character work makes me hunger for more fiction from Kathleen Ryan.

Our primary Ravnos is Khalil, who was extracted from Calcutta during the Setite novel. A few more Ravnos make appearances, but they have all been killed by the end of the book. Apparently, most of the clan has been destroyed by the awakening of some very powerful old vampire, which is possibly the founder of that clan. And frankly, it’s probably him stepping in to correct one of the game system’s most tragically baked-in bits of racism. The clan is primarily Romani in origin, and their clan curse is a compulsive need to lie, cheat, and steal. This is not the best look for the World of Darkness, so it’s better to destroy them all and allow something else to arise from the ashes. Kathleen manages to sidestep some of the worst of this by having Khalil be an Indian of the Untouchable caste, and the book probes the edges of that different set of culturally reinforced classism. END_OF_DOCUMENT_TOKEN_TO_BE_REPLACED 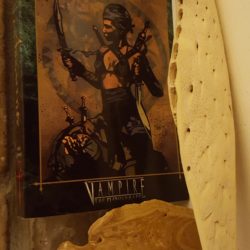 Clan Novel: Assamite generally remains aloof of the beginning of the war between the factions. It does not get deeply involved until the second phase of the war that was particularly highlighted in the Lasombra novel, and ends with events on October 6, 1999. It is Book 7 in the original clan novel saga, and was published in December 1999. It was written by Gherbod Fleming, who provided five of the thirteen novels in the set.

This book’s central conflict is Fatima’s assignment to kill the biggest player behind the Sabbat war on the American east coast — Cardinal Monçada, and how it conflicts with Fatima’s affection for his childe, Lucita. I’m glad the Lasombra book came before this one, as Lucita is more difficult to appreciate here; she’s more crass in this book than the brash and confident we saw previously. There’s an excellent sapphic scene between Fatima and Lucita that not only shows their affection for one another, but is strategic as well – Fatima having Lucita’s blood inside her masks her presence from the wards protecting the temple from outsiders. This plays a critical role in the showdown under the temple in the third act. This is some of the best action in the series. END_OF_DOCUMENT_TOKEN_TO_BE_REPLACED