While we have a number of Lasombra to follow (Cardinal Monçada, Don Ibrahim (a Muslim Lasombra), Borges the Archbishop of Miami, Polonia the Archbishop of New York, and various minor war chiefs), the two main characters are the rebellious assassin Lucita, and the assassin Talley (also known as The Hound), intended to thwart her efforts against the Sabbat. Talley is effectively portrayed as an old world soldier reluctantly thrust into the politics of a squabbling triumvirate of archbishops. Lucita is a cold killer who suffers no fools, even though that occasionally puts her at a disadvantage.

There’s a lot of excellent action here that moves the war forward. Lucita has been hired by the Camarilla to take down some strategic assets of the Sabbat as well as an archbishop. She has also been hired by a member of the Sabbat to take down that same archbishop. Which archbishop is the target, as well as the identity of the manipulative traitor within the Sabbat, is obfuscated from us until Act 3: Pillars of Smoke. Lucita presents a delightfully cold perspective on all of vampire society.

Younger Kindred often thought it was a big deal to steal stupid things just because they were vampires, but Lucita had found that it was the stupid things that most often led to trouble. Steal some gas and you piss of the station owner. Piss off the station owner and he calls the cops. The cops get called, they look for you, and all of a sudden feeding without complications becomes nigh impossible (because God knows that a cop would rather look for a gas thief than mix it up with someone likely to be packing, or interrupt a domestic disturbance). And so it went, and it was easier to pay the twelve bucks and avoid complications. If the situation had demanded, she would have had no compunction about killing the old man and putting his blood to good use, but since the situation didn’t warrant such, there was no point to causing trouble for herself. After all, normal young ladies who did normal things tended to fade from the memory of those that saw them—and Lucita didn’t like to be remembered.

That was the whole logic behind the damn Masquerade, to be honest. It wasn’t because there were any vampires out there who were “good guys” (though some folks spent years, decades, or even centuries trying to play the role) and the Masquerade was some great and altruistic thing done for the sake of humanity. No, it made working easier. It made feeding easier. And it meant less competition and fewer hassles from [humans] with torches and shotguns. So few kindred on either side of the fence understood that. It wasn’t about kowtowing to the Antedeluvians or keeping the world safe for poor fragile humanity.

It was about getting things done with a minimum of effort. There was no idealism involved. Lucita just liked avoiding unnecessary complications.

There’s also an excellent selection of characters in this book. Dansky regularly employs that favorite tactic of Stephen King, presenting a unique and memorable minor character for a single effective scene or two, and then walk them out of the narrative. For example, we have a clanless Anarch attempting to defend Buffalo:

Baughman had, like every other wannabe Anarch Buffalo had ever spawned, havened in the plant at some point. This was before he realized that Prince Lladislas and his advisors kept the place standing as somewhere the rebellious teens of the Camarilla could go to perform the vampiric equivalent of smoking dope behind the garage before coming home, growing up, and getting a respectable job manipulating the local media or some such.

This feels organic and self-contained, rather than having some new Chekov’s Character show up that we have to track long term for (hopefully) some payoff books later. For example, we have Dustin, the pyromaniac Nosferatu defender of Buffalo. He’s introduced, we are brought to love him, and then watch him go out in a blaze of glory. The economy of words to pull this off really highlights Dansky’s skills as a writer. While I have yet to start that book, the portrayal here of the Brujah Justicar Theo Bell really makes me wish Dansky had written the Brujah novel.

In this sixth book we receive confirmation that Vykos, the Tzimisce Archbishop of Washington, D.C., does not know the identity of her secret admirer — the spy “Lucius.” Further, we see evil tearing itself down through hubris, as Vykos damages the relationship with Lucius as well as acts against the interests of their fellow archbishops. Dansky does an excellent job presenting ruthless and nasty politics, which is everything that the Lasombra should be, and the signature mark of that clan in this series.

In this sixth book we are told that Vykos is genderfluid. This makes a lot of sense from multiple perspectives, and I’m surprised it isn’t played with more within Vampire: the Masquerade. The fleshcrafting abilities of the Tzimisce allow for the easy blurring or changing of gender presentation. Further, vampires have no real need for gender, as the ability to reproduce is through the blood, not the sex organs of their past lives. There are some excellent opportunities for this concept to be explored, and I’d be interested to see a treatment of that.

The initial post: The Clan Novel Saga: A Revisitation 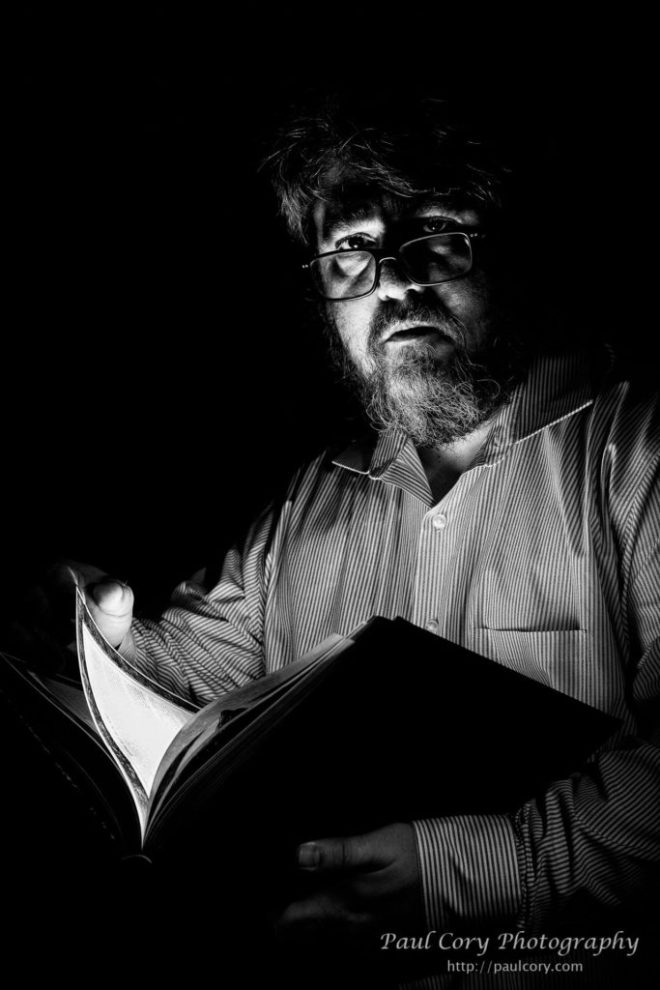 Richard Dansky is 20+ year veteran of the video game industry, where he has written for games like The Division, Splinter Cell: Blacklist, and numerous others. He’s published seven novels and one short fiction collection, and was a contributor to White Wolf Game Studios’ World of Darkness games. He lives in North Carolina with a cat named Goblin, whom he swears was named that when he got her.