I deserve to die for what I’ve done, just please don’t bury me.

I’m reaching out because I got no one else. Even my lawyer keeps asking where the bodies are buried. I wish I knew. Then I could chop the damn thing down, but the tree don’t work like that.

I see it sometimes–out in the yard, beyond the prison fence–waiting for me. At night, I dread the moment when the heater clicks off and all that’s left is the rustle of leaves in the vents.

Sorry, I’m getting ahead of myself.

In my earliest memories, the tree was an old thing, dry as driftwood. The story was it’d been a hanging tree back in the day–men, women, even children had kicked out their last seconds under its branches. I used to play in the woods nearby, passing judgment on squirrels and starlings, the tree my executioner. Once, we caught a stray cat. I think it was the screams that brought my parents running. People say I killed them too, but I was nine for god’s sake.

The tree followed me to foster care, its bark the rusty brown of old blood, leaves plump and shiny. I would wake to it tapping on my window, wanting more, wanting me.

I had this foster brother, Raymond, used to hide outside my window while I was changing. One night, I opened the curtains to give the creep a real show. I remember him staring from the bushes, eyes like quarters, then he just disappeared, twisting away like he was on the end of a rope.

I ran to the toilet and vomited blood. Somehow, I knew it wasn’t mine.

Once, I saw Raymond’s picture on a milk carton and almost got kicked out of the house for laughing.

It got easier after that, especially after I turned eighteen.

Lots of men will follow a young girl into the park, some women, too. The tree would snatch them up, quick as a heron gulping down frogs. I’d stand on my tiptoes, fingers brushing the tips of their kicking feet, feeling alive.

Afterwards, I vomited blood, organs, even bones sometimes. I went in for an x-ray and the negatives showed ribs of interlaced branches, the faint shadow of my organs picked out like leaves against a starless sky, and there, inside my heart, an acorn.

The doctor got this funny look when I asked him to dinner. I should’ve paid attention to the news. Someone had taken blurry video of one of my “dates.” They had some bullshit name for me–Lady Death or the Sorority Strangler. The doctor recognized me, and well, here we are.

Tomorrow, they’re gonna strap me to a table and I won’t get up, I accept that, hell, I welcome it. I’m not expecting a phone call. Burn my body, donate it, dump it the goddamn ocean, I don’t care. Just don’t put me in the ground.

I’m terrified of what will grow.

We are women with money under our skin. A red rash of pennies peppering our ribs, dimes scattered across our bellies, a honeycomb of quarters sprouting between our thighs. The coins break out over our backs, fatten our wrists. Half dollars pave our scalps. We wear chokers of nickels.

The coins burn, like hot stones. Our fingers creak with the violent urge to scratch, to peel open our epidermis and dig among the follicles and sweat glands to where the coins lie, or down into the dermis and subcutaneous fat to where the coins are still soft zinc and copper nickel, not yet keratinized. Our mothers say, “Don’t scratch.” Most of us listen. But some do not. We see these women in the ER, the free clinic, on the side of the road, their faces shredded, hair wrenched out by the handful. We imagine how good the hair felt coming out, coins clotted in the roots, slick with gore, the metal glistening.

We contemplate the welts of our mothers’ coins, shadows beneath the long sleeves of their blouses. “Did you never get tired?” we ask.

“Cover up,” our mothers say. Most of us listen, sickened by our reflections. Some do not. Our mothers send us a news story of a man who cut open his girlfriend with a razor and filled a plastic bag with dollar coins.

Our mothers say, “Don’t visit doctors.” They cite women opened up on the operating table, their bodies mined for silver. We ignore them. We show physicians our coin-spattered skin, answer their impersonal questions: yes, we break out daily, no, we don’t know why. Our physicians name over-the-counter antihistamines. We take our pills. But still, the coins spread. Our faces bloat with riches: eyes swollen purses, lips heavy as ripe fruit.

In our despair, we scream at our friends, our partners, our children, our supervisors, our customers, ourselves. We sob in public, we drink, we starve. We sleep.

We imagine the razor in our own hands, each cut sweeter than orgasm.

“How did you live?” we ask our mothers.

The day we find blood beneath our daughters’ fingernails, their calves split with scratching, we imagine the decades ahead: our daughters turning into us, our hands trembling, as our mothers’ do, with desires on which we will never act.

“How could you watch us suffer?” We feel our own calves, the scars that taught us obedience knotted and black.

“You think it was easy?” our mothers say. “When we wanted so much more for you?”

We too want so much more. But we are tired of wanting. The coins must end somewhere.

So we whet our razors, kiss our daughters’ slack faces, and open the peach-soft skin of their ankles to find the coins crusted beneath. Even unconscious, they whimper and toss. “Hush,” we say. “This isn’t easy. We wish our mothers had done this for us.”

I woke up that first morning with the remnants of a nightmare in the back of my head. He was out there, coming closer. I blinked, rubbed sleep from my eyes and tried to scrub the nightmare from my brain. The sleep went, the nightmare didn’t.

I heard something, looked past Amy. Tyler stood beside the bed, tugging the sheets, the top of his head just visible above the mattress.

It was the same everywhere. People felt it; shadows in the back of their minds creeping closer with every step. Then the shadows began to catch up.

First it was the planes, empty ones landing on autopilot. Then they stopped landing and started falling. Commuters disappeared from trains, freeways snarled with accidents. The shadows were catching up. And when they caught you they took you. It didn’t take long to realize that the further you went, the faster they caught you.

And they always caught you.

The world slowed down. We stayed inside, didn’t move unless we had to. It didn’t matter, he kept coming. Every trip to the kitchen, the bathroom, every step. They all brought him closer.

We kept the TV on, hoping for an answer. You could see the fear growing in the anchorwoman’s eye every time she shifted. Finally, she stopped talking and just sat facing the camera, frozen. She was still there when the power went out.

It’s been days since I saw anyone outside. The last was the lady three houses down, running down the road, looking over her shoulder and screaming something I couldn’t hear. She reached our driveway. There was a dark shimmer in the air behind her and then she was gone.

I wonder if that’s how it ended for Amy?

She left yesterday. After Tyler. We tried. We tried so damned hard. But how do you keep a three year old still? He thought it was a game. He’d run away, laughing as we chased him. Amy screaming, Tyler shrieking.

The last time, he got to the front door. He turned and giggled. “Man’s coming daddy!” He took one more step and there was that dark shimmer. His giggle turned to a scream and then he was gone. Amy didn’t say anything. She walked to where he’d disappeared, then kept on walking.

I didn’t bother closing the door behind her. Doors don’t matter.

It’s just me now. Alone in this dark, quiet house. I’m moving again. There’s no reason not to anymore. He’s close. So close. I swear I can almost see the shimmer.

There’s a picture on the fridge that Tyler painted. It’s the three of us; smiling stick figures in thick blue finger strokes. I love that picture. I want to see it one more time.

I take one st- 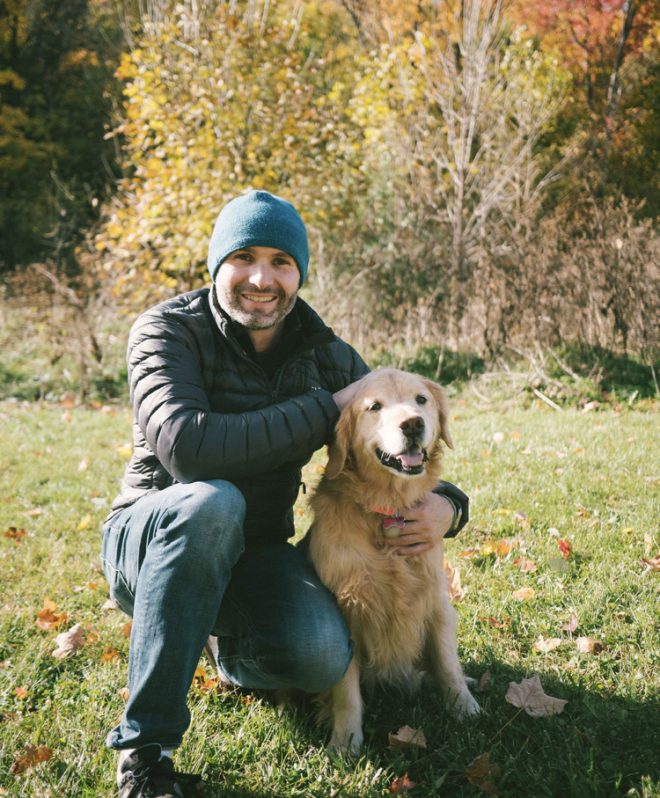 Drew lives in Ottawa, Canada with his family, golden retriever and, depending on the season, about three feet of snow. He has previously been published in Pseudopod and can be found online at All of Algonquin where he writes non-fiction stories about paddling in Ontario’s Algonquin Provincial Park.

By day, Evan Dicken studies old Japanese maps and crunches data for all manner of fascinating medical research at The Ohio State University. By night, he does neither of these things. His short fiction has most recently appeared in publications such as: Apex Magazine, Shock Totem, and Unlikely Story. Feel free to visit him at evandicken.com, where he wastes both his time and yours. 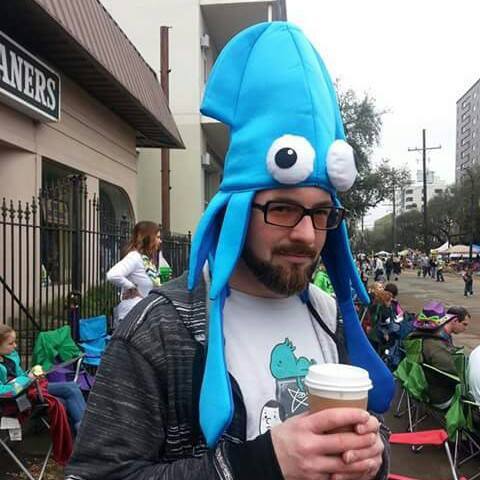 Austin Malone is a short-fiction author who lives in New Orleans, and is the coordinator of the Crescent City Critters writer’s group. Those who are curious about his work and would like to use their personal summoning-circle to conjure his presence for further discourse are urged to use vanilla-scented black candles and only top-shelf rum. Seriously. If you even think about using Bacardi he’ll rip your soul out through your nostrils. Just don’t. For those who would prefer to enjoy his words at a safe distance, he invites you to visit sippinghemlocktea.com 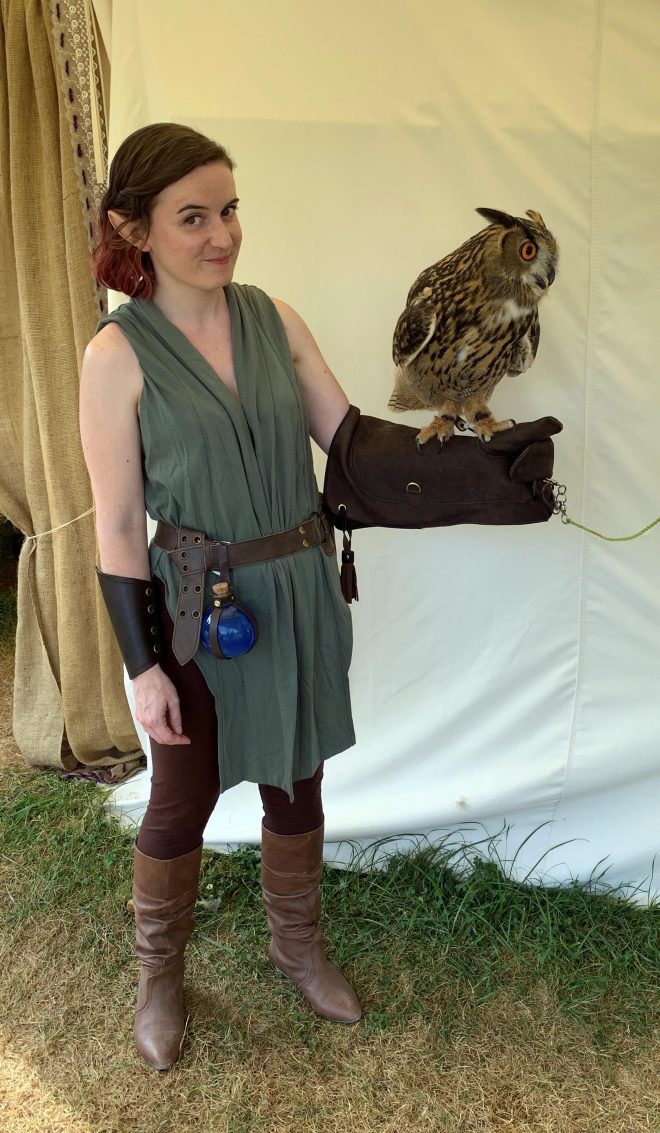 Alexis Goble is a multiclass disaster-human living with her husband in Cincinnati. When she isn’t prepping art for Cast of Wonders, designing pins for pin-y.com, or yelling about TV into a mic for Bald Move, she dabbles in a revolving menu of hobbies and art projects. To list them all would be sheer madness. Like any good bisexual, she has a lot of jackets. You can find her on Twitter @alexisonpaper. 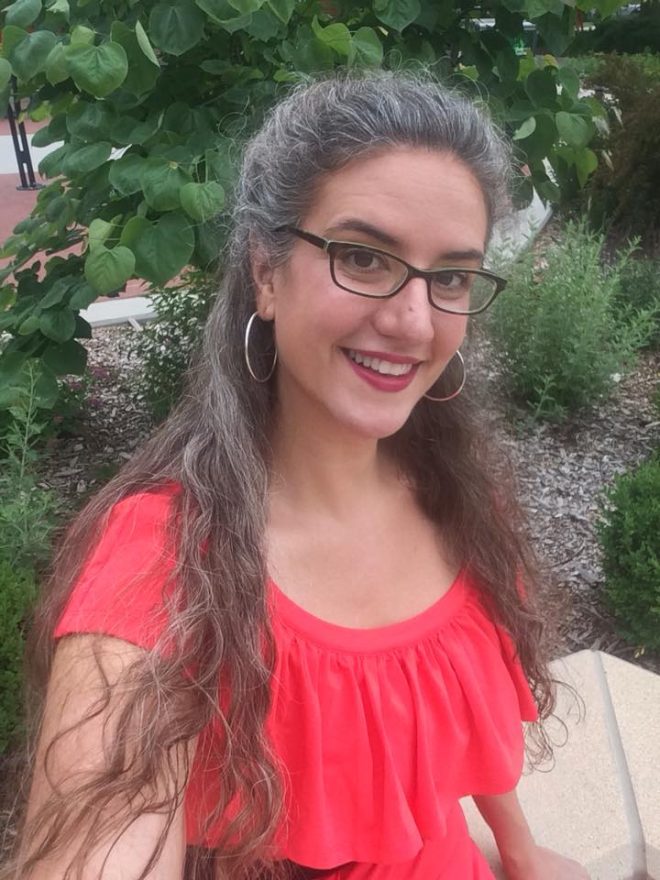 Karen Bovenmyer is the Assistant Editor of PseudoPod. She is an academic, writer, and teacher at Iowa State University.