The Godsmaid Clara and Her Many Smiles

‘Godsmaid,’ I say, and the butler’s eyes immediately glaze over. That’s pretty much always the case. It’s remarkable how little attention they pay me, how consciously their eyes slide over me as soon as I’ve announced my profession. Too dirty and gross, too much something no one wants to think about. Not unless you have monsters crawling all over the floor, anyhow. Of all people, the butler should know me, should appreciate me, but he’s new; I haven’t been here often, but often enough to have known his previous incarnation.

‘We have no need of one at present,’ he said. ‘Thank you for your offer, madame.’

‘I have an appointment, sir. His Lordship requested me,’ I say, and this time he actually looks me in the eyes.

‘Does he need you now?’ he asks dumbly, and I just smile at him, my polite society smile that says I’ve said what I must, and after a minute he sort of nods at me and leads me in.

I could walk the way myself—there are servants’ stairs that I’ve used before, and they’re quicker besides—but truthfully I get tired of being dismissed to the servants’ entryway, and the gentleman who made the appointment assured me I could use the front. Nevermind I am a servant. Not many people can do what I do. Well, not many people would care to, but even so.

A few of the other servants raise their eyebrows as I pass down the hallways, but nothing more than that. At least one of them recognizes me, from the way he quickly looks away. I do murmur, “It’s not catching, you know,” and the butler turns around to me, frowning, but I just smile and he keeps walking. The man I was actually talking to swiftly trods away from us. 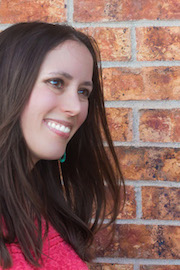 Sharon Dodge is an author and editor currently residing in the American Southwest.  She has previously lived on the American East Coast, in the Midwest, as well as East Asia and the Mediterranean. She heads north annually to hike with her father. She is currently working on several novels, including a fantasy trilogy.

Kim Lakin-Smith is the author ofnbsp;Tourniquet; Tales from the Renegade City (Immanion Press: 2007), Cyber Circus (Newcon Press: 2011) and the YA novella Queen Rat (Murky Depths, 2012). Her dark fantasy and science fiction short stories have appeared in various magazines and anthologies including Black Static, Interzone, Celebration, Myth-Understandings, Further Conflicts, Pandemonium: Stories of the Apocalypse, Mammoth Book of Ghost Stories By Women, and others, with ‘Johnny and Emmie-Lou Get Married’ shortlisted for the BSFA short story award 2009. Kim has a background in performance and is a regular guest speaker at writing workshops and conventions.