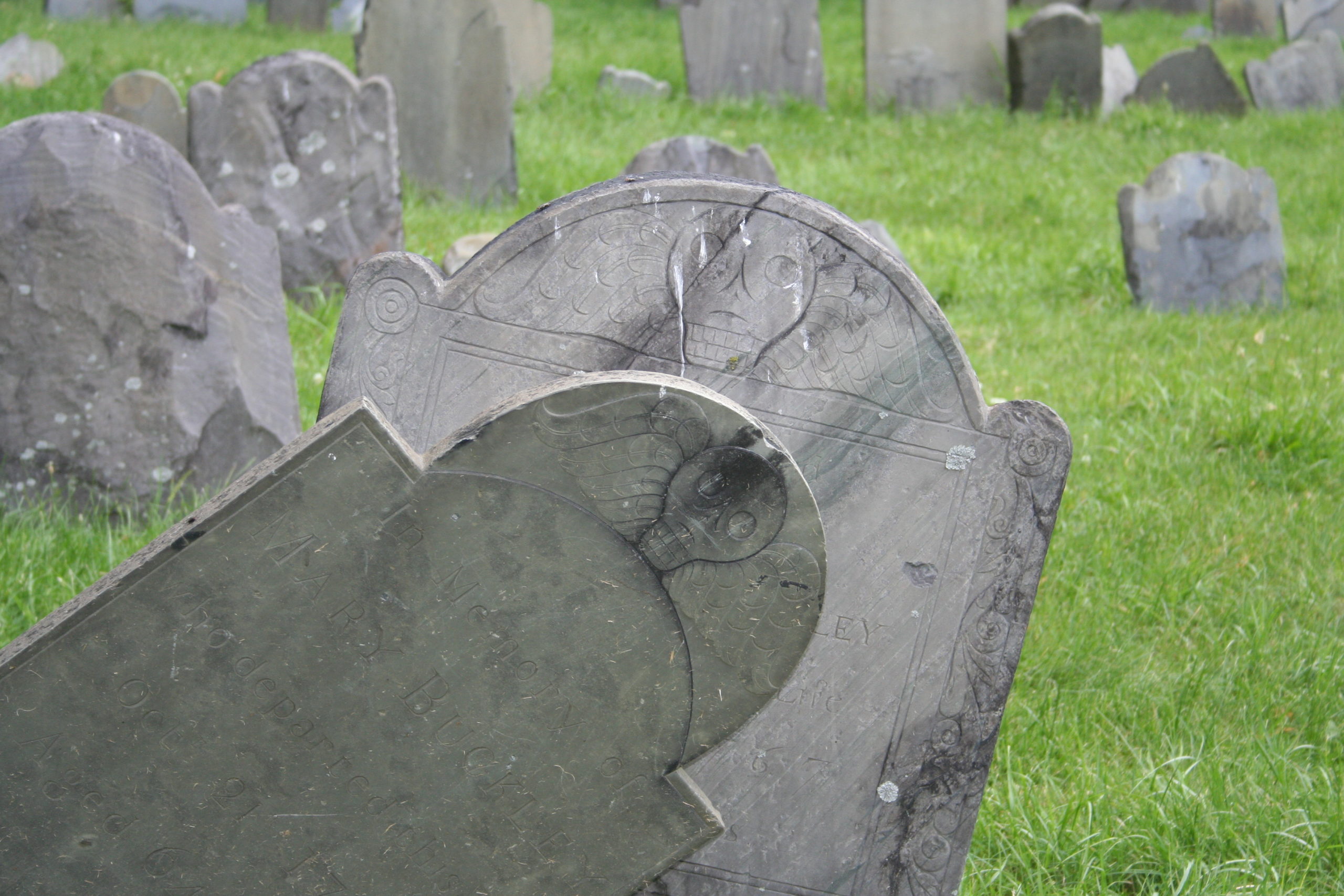 “The Funeral Coat” is a PseudoPod original.

The Funeral Coat: “I wrote “The Funeral Coat” specifically for Pseudopod’s flash fiction contest. I remember seeing someone tweet about having a specific coat for funerals, which led to me brainstorming various “what if” scenarios. I also was interested in the origins of family traditions. Together, that sparked a whole mythos I wanted to explore. Some stories are grueling to write, like pulling teeth, but this one just bled out onto the page. It was a really fun story to write, and I hope write more set in this world someday.”

Cherry Wood Coffin: “This is a story that sprang from a prompt I read in Codex’s Weekend Warrior competition in 2017. Suddenly I was stuck with this very strong image of a talking coffin and wondered what the coffin would say or ask. The answer while pretty obvious didn’t clue me in on what the plot should be about, so I let the idea shimmer for a weekend and speed-wrote the story at the last minute in its complete form.”

To sleep, perchance to dream—ay, there’s the rub, for in that sleep of death what dreams may come when we have shuffled off this mortal coil, must give us pause.

When I was five, my grandmother took me to Macy’s to buy my first funeral coat. It’s tradition in my family to have a separate coat for funerals. Something black, sleek, with sharp edges and elaborate buttons. A coat with high collars, to hide our pulse and the tender arc of throat to shoulder. By the end of the day I was crying, exhausted from trying on dozens of coats. My grandmother had to carry me out of the store with the coat she chose wrapped in tissue paper under her arm.

Grandmother bribed me back to calm with a frosted cookie at a nearby bakery.

“It’s a sensible matter,” she said while I stuffed myself. “Only wear it to funerals and on holy or sacred ground.”

“Different coats for different weather,” she said. “You wouldn’t wear a rain coat in a snowstorm. Don’t wear your funeral coat to a birthday party.”

Perfect logic for our family. Later on I discovered not every family took funeral coats so seriously, or even owned funeral coats, for that matter. Nor did people go to as many funerals as we did. END_OF_DOCUMENT_TOKEN_TO_BE_REPLACED 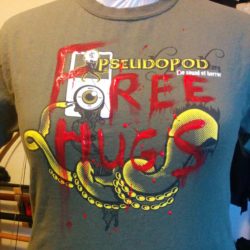 The Boy in the Mirror

Jack was four the first time he told me about the boy in the mirror.
Shannon and I were watching TV when we heard the scream from upstairs. I sprinted up to Jack’s room, sure there’d be blood, but he was fine. Physically, at least. He dragged me to his closet door, sobbing about the boy who was watching him through the mirror.
I looked at the mirror, saw the two of us looking back. I told him it looked normal to me. He shook his head, pointed at his reflection. “That’s not me” he whispered, “that’s him.”
That’s how it started. END_OF_DOCUMENT_TOKEN_TO_BE_REPLACED

Four Hours of a Revolution

Rebels, like vampires, prowl by night, sleep by day; they are short on everything in the besieged city – bullets, socks, soap, bread – but mainly they are short of sleep, for they fight under starlight, hide under sun in secret places. And yet their enemies are most vulnerable at night when, like all good civil servants, they retire to their houses and lock their doors. Until they swap schedules neither side will eliminate the other.

So the revolution is easy enough to find as I whisper up the wall of the apartment complex, slide under the half-inch of space left by the open window. They will not open it further, even though the little boarded-up living room is intolerably hot. As it is, they sweat profusely in their sleep, even the lucky few shaded by the walls.

One has, deliberately I assume, curled up in an armchair under a poster reading ‘PUNK ISN’T DEAD BUT IT WOZ UP AWFUL LATE LAST NITE.’ On the poster, two men sleep in a train seat, cartoonishly rendered in hot primaries on a black ground. The rebel in the armchair echoes their pose, but instead of a tired friend she cradles a stolen police rifle, its distinctive silver finish oversprayed with matte black paint, the camera blocked with a glued-in coin. The police carry them proudly, counting on the reflected glare to carry their message far ahead of them; the rebels carry them only at night, counting on stealth.

It is this girl, Whittaker, in the armchair, in this war, that I am here to claim. In due time, as is her right and my duty. For I am Death.

END_OF_DOCUMENT_TOKEN_TO_BE_REPLACED

The mine called Callum in his tenth year. One morning, he was walking to school with the other boys; a pair of new shoes, a boiled sweet in his cheek. The next, he found a pick in his soft hand, and his feet followed his father’s to the cold, dark portal. END_OF_DOCUMENT_TOKEN_TO_BE_REPLACED 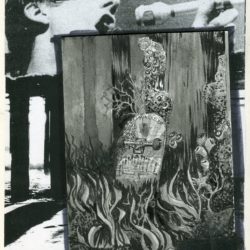 “It makes me uncomfortable to share this story. It was supposed to be one thing and it took a dark turn on me. It was inspired by the nightly walks my best friend and I take by the ocean. We’ve been taking the same walks for years. The coastline never changes but we do. I guess that scares me. That a minute ago we were twelve, a second ago we were twenty, and the coastline never changes.”

“Punk is Dead. He has twenty-four hours Left.”