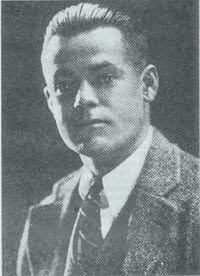 Tod Robbins (pen name of Clarence Aaron Robbins (1888–1949)) authored two short story collections and several novels. His work often contains bizarre and frightening plots, sometimes influenced by writers like Oscar Wilde & Robert W. Chambers. His novel The Unholy Three (1917) was twice adapted for the screen, and this story, “Spurs”, was used by Tod Browning as the basis for the film Freaks (1932). Robbins emigrated to the French Riviera from New York City and refused to leave during the Nazi occupation of France. He spent the war in a concentration camp and died in Saint-Jean-Cap-Ferrat in 1949.