On Seas Of Blood And Salt

This is what Reb Palache does when he finds a ship crewed by the dead.

“A ship, the lookout,” the lookout says. “Dead ahead and low in the water!”

And these words that rain down are caught and carried by the men on deck, passed along and repeated until one pounds on Palache’s door in his excitement.

It is ill tidings, the angel says. But they are ones that cannot go unheard.

“And if these tidings are pleasing to the men, are they not also pleasing to HaShem?” the rebbe jokes, gently, as he rises from where he sits cross-legged on the floor.

I asked Reb ben Dosa a question as he sat in his study, the angel replied. What of the man who is displeasing to his fellow men because he is pleasing to the Lord? And for that he had no answer.

Reb Palache does not reply; there is no time for him to do so. For again the sailor is pounding on the door, and now he is shouting, “Rebbe, Reb Palache, there is a ship!”

It has been a while since they have taken a ship, Reb Palache knows. The oceans are vast, and even the greatest galleons are small adrift in it, and the men in his pay who work in the treasure-houses of his enemies have fallen silent of late.

It would be good to take a ship. The men would find it pleasing. So says Reb Palache to himself and steps out onto the deck.

The sailor at his door is beside himself with excitement. It is one of the younger men; the older ones would know better. The first growth of his beard has just come in, sparse black hairs curling over a weak chin, and his eyes are wide and blue. Joachim, his name is—Palache remembers him now, a dock rat from Zeebrugge who had demanded at rusty dagger point to be taken aboard. He is earnest, and he is eager, and he is too young to think that death will ever find him. END_OF_DOCUMENT_TOKEN_TO_BE_REPLACED

Cole was licking the highway when the cops picked him up the night before Thanksgiving. Reckless endangerment, they said, and obstructing traffic, and whatever else they could come up with to get him out of the road and into a holding cell.

Later I went past the spot where they arrested him, on my way into town to bail him out, stopping for a moment to take a look. A deer and a truck had made unfortunate contact there, and the highway was a twenty foot long streak of red. A couple of cars passed me going the other way. Speeding, both of them, and one didn’t have their lights on. Cole had gotten lucky, I decided, even if he didn’t realize it.

Bailing him out didn’t take too long. We’d been through this before, the duty sergeant and I. He did the paperwork and I handed over the money, and all the while phones rang and people shouted and cops ran out the door to deal with the usual pre-holiday drunk and disorderlies.  END_OF_DOCUMENT_TOKEN_TO_BE_REPLACED

Something terrible happened to me when I was a little girl.

I don’t want to go into details. I had to do that far too often in the year after it happened, first telling the police everything I could remember in the (vain) hope it would help them catch the monster, then talking for hours and hours to all sorts of therapists, doctors, shrinks and specialists brought in to help me. Talking about it was supposed to help me understand what had happened, achieve closure, and move on.

I just wanted to forget – I thought that’s what ‘putting it behind me’ meant – but they said to do that, first I had to remember. I thought I did remember – in fact, I was sure I did – but they wouldn’t believe what I told them. They said it was a fantasy, created to cover something I couldn’t bear to admit. For my own good (and also to help the police catch that monster) I had to remember the truth.

So I racked my brain and forced myself to relive my darkest memories, giving them more and more specifics, suffering through every horrible moment a second, third and fourth time before belatedly realizing it wasn’t the stuff the monster had done to me that they could not believe. There was nothing at all impossible about a single detail of my abduction, imprisonment and abuse, not even the sick particulars of what he called ‘playing’. I had been an innocent; it was all new to me, but they were adults, professionals who had dealt with too many victims. It came as no surprise to them that there were monsters living among us, looking just like ordinary men, but really the worst kind of sexual predator.

The only thing they did not believe in was my escape. It could not have happened the way I said. Surely I must see that? END_OF_DOCUMENT_TOKEN_TO_BE_REPLACED

There’s a curse in folklore known as a geas. That’s when a witch, or a fairy, or the supernatural entity of your choice, compels a hapless mortal to undertake duties on the creature’s behalf. Woe betides the mortal who shirks the quest; increasingly worse calamities befall them until they relent or die.

Somebody, somewhere, laid one on me.

A much younger, blissfully ignorant, Jessica Mace would’ve glibly asserted that fairytales are bullshit hoodoo made up by gullible peasants. Problem is, when I neglect to investigate the various mysteries in my path, I get epic migraines and nightmares. The more I rebel, the more intense my misery until it becomes debilitating. “Debilitating” sounds dry—I suffer projectile vomiting induced by the sense fire ants are hollowing my skull. Exactly as the legends describe, right? Call it a form of madness or a kind of placebo-effect. Odds are Hamlet told Horatio the truth about the denizens of his undreamt philosophy. Whatever, whichever, however: the world shows you its dark side, you take notice. That fucking needle starts skipping, you’re a true believer.

Beasley, a boon comrade and sometime lover, once questioned my motives. We were dumping the corpse of a serial killer down a mineshaft in eastern Montana. The killer, a Richard Ramirez lookalike, had picked me up at a roadside tavern. RR Jr. chauffeured me to his favorite dump site while I batted my lashes and stroked his thigh. Thank whichever patron saint is in charge of such details that I’d managed to open the passenger door and light the cab for Beasley to take his shot. I’d only been half-strangled before the bullet came through the windshield. As the late, great Al Davis would say, just win, baby.

In the aftermath, we recovered with a bottle. Beasley said, Jessica, you’re a bright woman. You got an education. Why schlep all over the USA looking for horrors to battle? Why live your life as bait in a trap? END_OF_DOCUMENT_TOKEN_TO_BE_REPLACED

Shut your eyes, let your breathing slow. Then follow the map, from any direction, and you will find you are there now, in that place—your place. Look to the horizon; something is coming.

A short list of things you may do when it comes:

Find yourself unable to shut your eyes. END_OF_DOCUMENT_TOKEN_TO_BE_REPLACED

The Parade is back this year. Socially distanced, with masks and vaccinations mandatory, of course. But as you settle down with the churros part of you thought you might never get to eat again, it feels…normal. Not the same, nothing will ever be the same, but this feels like tonight, like here, that’s okay. The New Normal is nothing to be scared of.

That’s what the parade is for. END_OF_DOCUMENT_TOKEN_TO_BE_REPLACED 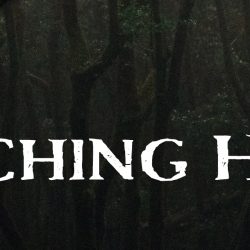 Special thanks to Margaret Dunlap. In collaboration with:

The Secret of St. Kilda

Featuring sounds from Free Sound under Creative Commons licenses. PseudoPod’s theme music “Bloodletting on a Kiss” is by Anders Manga and used with permission.

SCENE 1: INSIDE A RECORDING STUDIO

The familiar strains of PseudoPod’s opening music, “Bloodletting on a Kiss” begins. A moment of distortion interrupts, followed by a saxophone-driven 90’s talk show cover of the same song. Canned studio audience applause as the song concludes.

WITCH
(saccharine, without irony, like a morning talk-show host)

Hello and welcome back to PseudoPod, I’m your host, Alasdair Stuart. We are so excited to bring you a very special episode, a rooftop extravaganza to celebrate the Witching Hour! END_OF_DOCUMENT_TOKEN_TO_BE_REPLACED

“What are you afraid of?” Jeanne asks, kicking her feet on the top bunk. I’m lying underneath looking up at the springs where they sag down under her weight. My mind is racing like a game of Memory, flipping over cards to see what comes crawling when exposed to the light.

What am I afraid of? How about everything? Dogs and spiders and those firecrackers called jumping jacks and cancer and splinters and that story about the girl who has a spider lay eggs in her face and, while we’re on the subject, earwigs and that other story about the girl with an ax-wielding maniac in her back seat and the guy in the pickup behind her keeps turning on his brights but really he’s just trying to warn her and infections and going to the swimming pool this summer because everyone expects me to wear a bikini but I’m too fat so I’ve still got a one-piece and Mrs. Conroy at school and getting a C in algebra and and and…

Eighteen years later, I want to go back to that day and give her a different answer than whatever I say, as I put my feet on the springs and push up, feeling her weight push me back down. I want to tell her that what I’m afraid of is her not being there. But at that age, even though I worry about everything, I don’t yet know to worry about that.