My mother was a fish. That’s why I can swim so well, according to my father, who is a plain fisherman with a fisherman’s plain logic, but uncanny flair for the dramatic. And while it’s true that I can cut through the water like a minnow, or a hand dipped over the edge of a speedboat, I personally think it’s because no one can grow up along the Mekong without learning two things: how to swim, and how to avoid the mermaids.

Mermaids, like my father’s favorite storytale version of my mother, are fish. They aren’t people. They are stupid like fish, they eat your garbage like fish, they sell on the open market like fish. Keep your kids out of the water, keep your trash locked up, and if they come close to land, scream a lot and bang pots together until they startle away. They’re pretty basic.

My sisters tried to talk to a mermaid once. It was caught up in one of Dad’s trammel nets, and when they went to check the net out back behind the house, they found this mermaid tangled in it. It was a freshwater one, a bottom-feeder, with long, sparse hair whose color my sisters still argue about to this day. Iris, the oldest, felt bad for it and made May splash some water on its fluttery gills with her red plastic pail. She asked the mermaid if it was okay, what its name was. But it just stared at her with its stupid sideways fish eyes, mouth gaping open and closed with mud trickling out over its whiskers. Then Dad came home and yelled at Iris and May for bringing in the nets too early and touching the mermaid, which probably had sea lice and all kinds of other diseases. 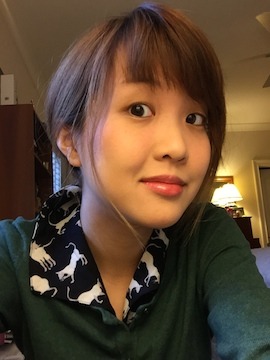 Alyssa Wong is a Shirley Jackson-, and World Fantasy Award-nominated author, shark aficionado, and 2013 graduate of the Clarion Writers’ Workshop. She made the shortlist for the 2015 Stoker Award and won the 2015 Nebula Award for “Hungry Daughters of Starving Mothers” which you should go check out at Nightmare Magazine. Her work has appeared in The Magazine of Fantasy & Science Fiction, Strange Horizons, Tor.com, Uncanny Magazine, Lightspeed Magazine, and Black Static, among others. She is an MFA candidate at North Carolina State University and a member of the Manhattan-based writing group Altered Fluid, and can be found on Twitter @crashwong. 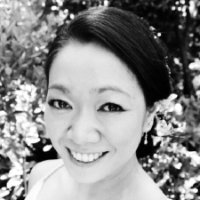 Mae Zarris-Heaney is originally from Manila, Philippines and currently lives in Melbourne, Australia where she met her better Irish half. She is an IT professional who once briefly dabbled in theater, loves extreme sports like running after her two young kids and rescuing cakes from burning in the oven. Her blog celticpinaymom.blogspot.com needs updating, but she’s busy telling the laundry to fold itself.