“Worm Within” was originally printed in “Clarkesworld” 2008.

“Lullabies For A Clockwork Child” is a PseudoPod Original.

“Used” is a PseudoPod Original and was reprinted in For Mortal Things Unsung.

“The strategic problem is, of course, that simulacra are reassuring only when viewed from outside. They do not provide an existential model for how to be in the world. One can appreciate the brilliance of the embalmer’s work, but one would not want to be its object.”

“Decadent Naturalism” by Charles Bernheimer; introduction to A HAVEN by J.K. Huysmans in THE DECADENT READER.

Sounds in this episodes:

The LED bug kicks feebly, trying to push itself away from the wall. Its wings are rounds of mica, and the hole in its carapace where someone has tacked it to the graying boards reveals cogs and gears, almost microscopic in their dimension. The light from its underside is the cobalt of distress.

Lullabies For A Clockwork Child

You are not Jack, but I will tell you of Jack, so you can know.

Jack was beautiful and strong. Jack had curly hair and shining brown eyes, and when we walked, he held my thumb and swung our arms just to feel them move.

You will not look like Jack. Every child is different. You are both my sons, but you are different.

I recognize her sitting five seats down at the bar. She notices my attention and invites me over with a sip of her drink and a nod to the empty stool to her right. We are diseased, and long for understanding company.

She says her name is Cindy. Small, Clairol blonde, buxom Cindy with a blue, winged heart tattoo under her left collarbone. I introduce myself as Steve, buy her another what-she’s-having. She traces circles around the knuckles of my right hand with the sweat from her glass. There is a band of pale skin at the base of her ring finger. 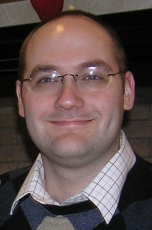 Shane Halbach is a writer and blogger living in Chicago with his wife and three kids, where he writes software by day and avoids writing stories by night. He has been accused of being obsessed with pirates, bacon, zombies and his kids (not necessarily in that order). He is a knitter, guitar player, budding accordionista, and a board and card game enthusiast. His fiction has appeared in Analog, Orson Scott Card’s Intergalactic Medicine Show, and The Year’s Best YA Speculative Fiction, among others. He blogs regularly at shanehalbach.com, or can be found on Twitter @shanehalbach. 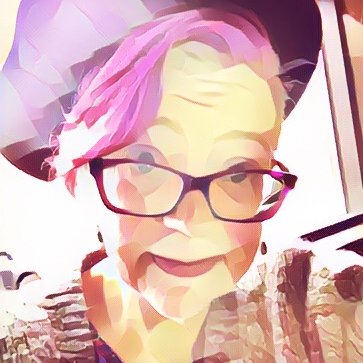 Cat Rambo writes and edits in the Pacific Northwest. Her most recent book is NEAR + FAR, science fiction stories, from Hydra House. Listeners are invited to check out THE WORLD REMAINS MYSTERIOUS.

Xander M. Odell lives in Washington state with their husband, sons, and an Albanian miniature moose disguised as a dog. Their work has appeared in such venues as Crossed Genres, Daily Science Fiction, PseudoPod, Cast of Wonders, and PodCastle. They are a Clarion West 2010 graduate, and an active member of the SFWA.

Their collection of speculative fiction holiday stories, THE TWELVE WAYS OF CHRISTMAS, and debut short story collection GODFALL & OTHER STORIES are available from Hydra House Books.

Support them on Patreon at: http://patreon.com/writerodell

A once and future organizer for Penguicon.