“I’m obviously a fan of the aesthetics of early horror films, and this story was all about that, especially the portrayal of vampire lore in early films, especially silent films, though saying that in the opening might be giving the game away a bit. It’s also one of a pair of stories I wrote back-to-back dealing with early portrayals of vampires in media–its companion is a very short piece called “The White Prince” that’s in Steve Berman’s anthology of incubi stories Handsome Devil out now from Prime books, which deals more with early vampire novels and specifically Dracula, instead of film.”

Last week, a man moved into the building. He lives in the same rooms as us but on the fourth floor rather than the sixth. On the floor between is a plump-cheeked lady whose two sons both died in the War. I call her the “Widow Flowers,” because she is always drying flowers in the kitchen above her sink. She gives them out to everyone as gifts at every relevant occasion. I wonder if she loves them because they’re beautiful but already dead, unchanging, like a photograph, but Mother says I mustn’t ask people such questions.

The new man is strange, pallid and sunken, and his head seems to taper from top to bottom, as though his chin is forming like a stalactite from his face. His eyes are very pale and he has an odd way of staring at you as if he’s actually looking at whatever’s just behind you, instead. Mother says that he’s sweet and that I mustn’t judge. That many of the young men who came back from the War came back just like him. I don’t think he seems young, but Mother says that he’s not much older than me. She blames the War for that, too.

He says his name is ‘Milton,’ but in my mind, I’m already calling him “Mr. Chaney,” because there’s something about him that reminds me of Lon Chaney’s faux-vampire in London After Midnight, which I loved up ‘til the end. Maybe it’s his long coat, which he wears always draped over his shoulders, his arms not through the sleeves. Maybe it’s his shadow, which seems to cling too close to him, to hunch at his back when he stands near walls, as though it’s whispering secrets in his ears. 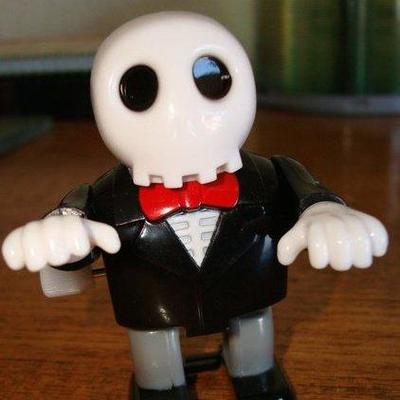 Orrin Grey is a writer, editor, amateur film scholar, and monster expert who was born on the night before Halloween. His stories of monsters, ghosts, and sometimes the ghosts of monsters have appeared in dozens of anthologies, including Ellen Datlow’s Best Horror of the Year, and he is the author of the collections Never Bet the Devil & Other Warnings and Painted Monsters & Other Strange Beasts, not to mention various licensed work and a collection of essays on vintage horror cinema, Monsters from the Vault. Updates for his writing happen regularly on his website at Who killed Orrin Grey? 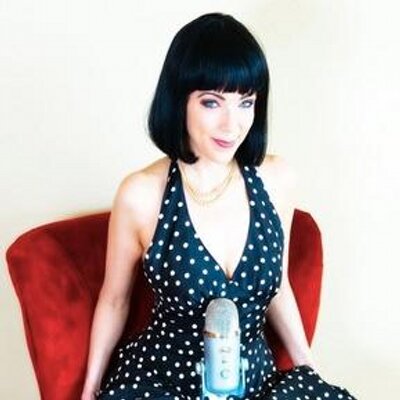 Cunning Minx is the sultry-voiced producer and host of the Polyamory Weekly podcast, now with over 400 episodes in production. The podcast shares tales from the front of responsible non-monogamy from a pansexual, kink-friendly point of view. A kinky boobiesexual, Minx founded the show as a resource for the poly and poly-curious to form a community, share experiences and help guide each other on their journeys of poly and kinky exploration. A marketer by day, Minx spends most of her vacation days teaching about polyamory throughout the US but leaves a few for snorkeling about the Caribbean with her poly family. Her New ebook is, Eight Things I Wish I’d Known About Polyamory.

Christopher Walker lives surrounded by dark forests in Southwest Virginia with his wife, 2 cats, and 7-year-old son — who he’s pretty sure is a nexus of elemental chaos.