Closing music: “Mourning of the Storm” by The Secret Life

On my brother’s computer, a video file shows an American fighter plane pinpointing a group of men in Iraq.

Where the men have been there is a huge explosion, and black smoke covers the grainy grey streets. ‘Dude,’ the pilot says.

I have no faces and no names to put to the men. The black smoke must have contained the atoms of their flesh, their bones (though bones are hardy), vaporized sweat, burnt eyebrows and pubic hair and nose hair (unless they used a trimmer, as I do), in short, the atoms of their being. Later, I think, one could find, lying in the street, a tooth or two, the end of a finger that had somehow survived, fragments of bone, a legless shoe. These men are nothing to me. They are pixels on a screen, a peer-shared digital file uploaded from sources unknown, provenance suspect, whose only note of authenticity is that young pilot’s voice when the smoke rises and he says, quietly – ‘Dude.’

Lavie Tidhar is the World Fantasy Award winning author of Osama (2011), of The Violent Century (2013) and of the Jerwood Fiction Uncovered Prize winning A Man Lies Dreaming (2014), in addition to many other works and several awards. His latest novel is the Campbell Award winning and Clarke Award nominated Central Station (2016). He works across genres, combining detective and thriller modes with poetry, science fiction and historical and autobiographical material. His work has been compared to that of Philip K. Dick by the Guardian and the Financial Times, and to Kurt Vonnegut’s by Locus. 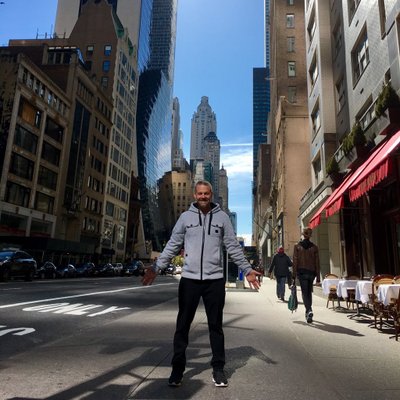