Links mentioned in the closing comments:
Read more about the state of the hurricane disaster areas and what DRI is doing for them,
and/or donate to the cause (click the Donate button on the left and specify “hurricane relief” in the blank).

Billy, he was first generation through and through. I don’t know what his story was, but when he turned up about two weeks ago he was wearing a suit, a real nice suit, he even still had a carnation in his buttonhole. I don’t know, maybe they was burying him when it happened. You’ve got to wonder what they’d have thought, when they was burying him and he got up like that.

Anyway, he cut quite a figure when he walked up Main Street in that suit. Well, not walked, y’know, I guess he shambled as much as the rest of them, but somehow he seemed kind of smarter than the others–more alert. And in that suit, he reminded me of my kid, when we buried him. That’s why I named him Billy. 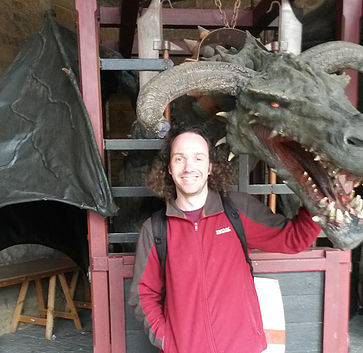 David Tallerman is the author of the Digital Fiction Publishing fantasy adventure series The Black River Chronicles, so far comprised of Level One and The Ursvaal Exchange, as well as the novel Giant Thief (described by Fantasy Faction as “one of the finest débuts of 2012”) and its sequels Crown Thief and Prince Thief, all published through Angry Robot.  His crime debut The Bad Neighbour is forthcoming from Flame Tree Publishing in late 2018.