We’ll let Jonathan M. Chaffin of Horror in Clay tell you more about the mug in his own words. Not-so-coincidentally, Jonathan also designed our very first logo and t-shirts:

“The Pseudopod Tower tiki mug (as even I’ve started calling it) was originally called “The Eye of Kanaloa.” (It was only called that in my head, and it didn’t catch on.) The front depicts a Kanaloa totem, rare for a tiki mug. In the mythology of the old Hawaiian gods, Kanaloa is symbolized by the squid or by the octopus. He exists in complement to Kane, the god of creation, and guides the way to hidden springs . . . which I thought was appropriately symbolic for the dark places horror writers mine for inspiration. Unique among representations of the old god, statues of Kanaloa have round eyes. According to Kauai tradition, if you could look into the eye of Kanaloa, you would see a mystic pattern and be healed. Peering deep into the eye of OUR Kanaloa may turn out differently . . . there appears to be a fanged, tentacled and clawed beastie inside. Use your own best judgment. 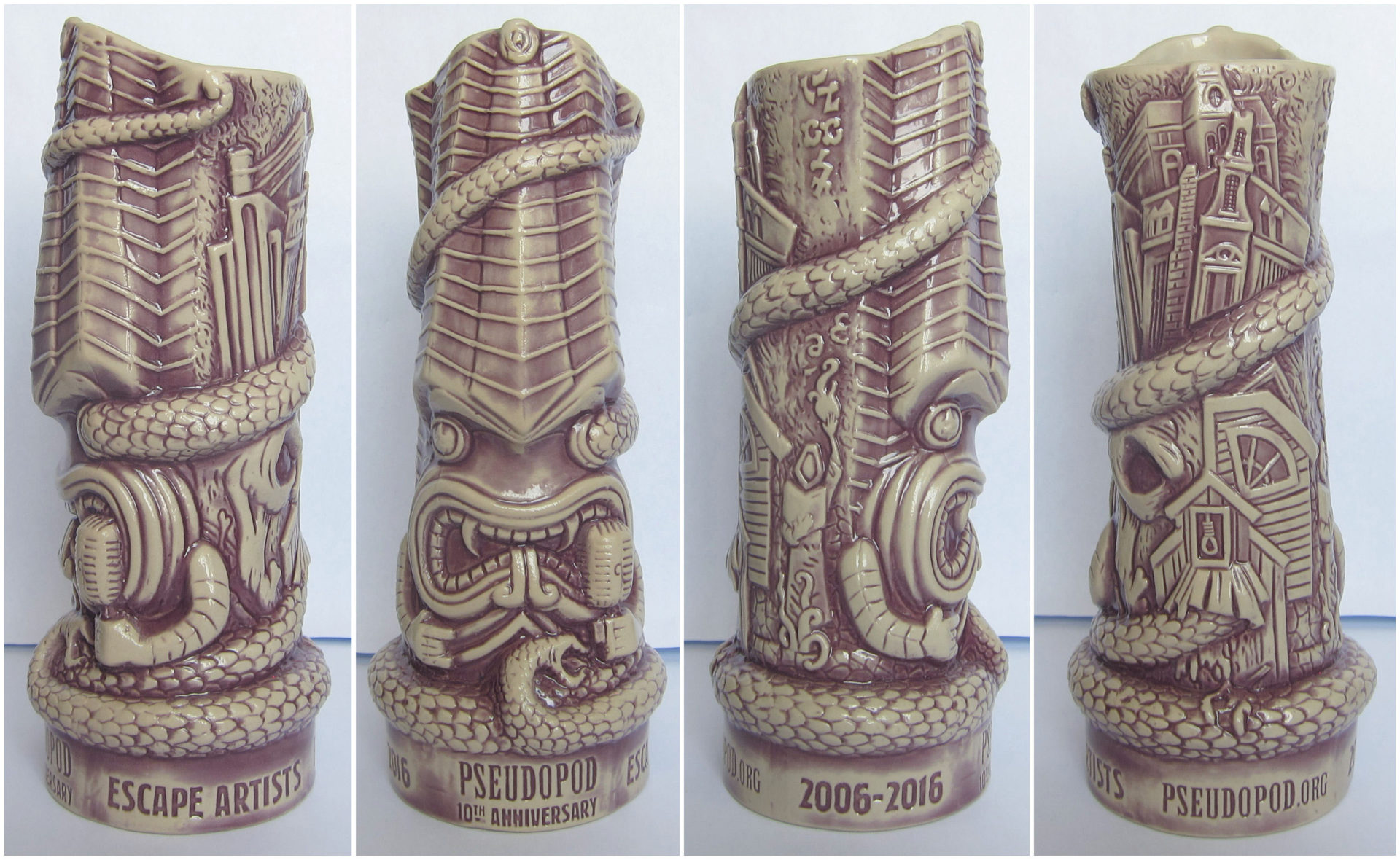 The microphone is a Shure 55 vintage mic similar to the one I used to borrow for narrating.

The obverse of the mug shows one incarnation of Pseudopod Tower—from noxious catacombs beneath to soaring spires and roofs above; existing both in and between worlds. The Tower is composed of as many categories of horror as I could cram together. This mug is one of the truest examples I have ever created of the architectural confusion of pop culture references that is my brain. It is jammed with allusions and homages to horror, tiki, radio, and eldritch lore. Deep in the bowels of Pseudopod Tower, we see the ghastly-organic engines and servers (and beasties) tended by one of our dedicated Slush-masters. What horrors will be brought forth next?”