The Parade is back this year. Socially distanced, with masks and vaccinations mandatory, of course. But as you settle down with the churros part of you thought you might never get to eat again, it feels…normal. Not the same, nothing will ever be the same, but this feels like tonight, like here, that’s okay. The New Normal is nothing to be scared of.

That’s what the parade is for.

The cowboys with no faces are first this year. Men with bone white paint and matte black hats. Men whose eyes are filled with the combination of terror and rage that raises your hackles, your hindbrain warning you to stay as far away as possible. Each is on horseback, each wants you to think that he is in charge. The Mexican couple, eyes focused, guns drawn, their Native American colleagues and the international forces behind them put the lie to that posturing. They’re a ragged bunch – not a uniform or common weapon between them; most aren’t soldiers for all that they pretend. Each has that other look in their eye, the one that says this is it. That the line has been drawn and absolutely nothing will be allowed to cross. A seething, frothing horror. Tightly corralled.

The kids that follow fit right in. Surrounded by a cloud of adults, time periods merging, faces shared between the past, the present and antiquity. The nightmares that flicker at the edge of their vision, the milkman, the Skull Mask, others. They never quite resolve, never quite feel contained the way the cowboys are. But they’re not free either, and the kids never let them out of their sight.

They never see the man walking behind them. Tall, dark haired, immaculate suit and just the hint of wings. Or the near identical man following him, eyes locked on his brother, burning with hatred.

The creatures made of knives and shrieking follow, making a noise like stilettos on glass. They keep circling back to a family at their centre, each one brandishing a microphone the way others would brandish a sword.

The next float has no people. It’s a collection of black and white photos, all taken at dusk or full dark. The first features a figure cresting a hill. In another, a figure mercifully blurred by motion stares into a window — a scene captured the second before horror unfolds. Abstractions of teeth and motion, screaming and blood and HUNGER. A town murdered in still life. The creatures responsible alive, still. Hungry, still.

The large man with red hair is intimidating but not frightening. He carries Exalibur the way you’d carry an umbrella, and he has the look of a rugby captain – built, friendly, apologetic. The woman next to him is all precision jet black hair and bunched fists, the same hint of armour around her shoulders as his. The old woman that walks behind them, carrying a machine gun the size of herself, now she’s the scary one. Especially when she catches sight of the flickering shape of a story on their heels, the hint of a knight in fallen leaves and shards of sunlight. She cocks the gun; their pursuer fades, only re-forming when they pass out of sight. It looks like water and razors. It smells of privilege, and blood.

That lasts as long as it takes to see the Knight and his entourage. The Knight chuckles to himself as he makes eye contact with the little story, gesturing to their little group. To the determined young man with the girdle that he’s clearly terrified of wearing, and more afraid to take off. The copper, exhausted and furious and not backing down. The superhero with blood on his knuckles. The journalist with the sword, the teacher and the blue collar hero and each of them ready, desperate, for the fight that will define them. The story leaves. Quickly.

Two women, deep in conversation, a figure between them follows. One woman wears a paranormal t-shirt and an astonishingly lovable potato-shaped dog gambolls around her feet. The other wears an effortlessly stylish goth ensemble, broad brimmed hat and bat trimmed belt. The person between them you can’t quite make out, but are the object of the ones who follows fixation. The miner with blood where his chest should be, absent a face. The professor with the self aware cat and the terrified daughter. The mine owner, swimming in her mother’s shadow and wardrobe as she struggles under a role ten times too big. The teenagers, scared and  confused, ready, they think for anything.

The monsters. The sculpted animals. The ditchlings. All of them announced by endless, echoing knocking. Knocking that builds and builds until you close your eyes and cover your ears and …

A well-dressed voice. A face to match, close cropped hair, immaculate tight suit. He presents you with his card. Bateman precise. It reads:

‘They aren’t the only ones who have true stories for you.’ He chuckles as he turns away.

And, finally, the Boys arrive. The Car. One last time, one last encore, and this time there is room on those couch seats for everyone. The angel. The devil. The magician. The fallen friends and the Wayward Daughters and the parents and the enemies and friends, all somehow fitting inside that ridiculous car with its ridiculous past for one last trip down the parade route.

At their back, a scientist in a wheelchair, a man of bandages, a woman with the careful brittle beauty of an icon, and a robot. The robot is clearly swearing, working the crowd. The kids that follow them, wearing ill-fitting school jackets and flickering between alternates of themselves laugh with him not at him. The zombie hunters that have their backs are too busy to notice anything else.

The driver of the car, the older brother, leans over and kisses the angel as they go by. Because when the world ends? One last time? You have to get your priorities right.

One last float. One last handful of dust filled with so much fear. Two cultists, one avuncular, one focused, both staring out to sea, to where the things that wear familiar shapes the way we wear a Halloween costume move and glide. The archivist, or is that archivists? The flying man and the spider and the woman who you can’t focus on however hard you try and you do NOT want to — all sitting rapt as a young man with a wisp of fog at his heels reads poetry.

At the back of that float, the sea captain and the magnate sit. Holding hands, but not meeting eyes. They shared a boat over with a group from a very small Scottish island — a pair of raucous mechanic lads, an old lady who is a VERY fun drunk, the haunted young man and those who haunt him. The transparent figure at one remove, watching it all, whispering in the occasional ear. It smiles – first at them, and then, as the float goes past, right at you. A smile like the sun coming up at midnight.

At last, the Director. A precisely tailored nightmare. In the past you strained to catch an up-close glimpse, to convince yourself she’s human. But this is not your first parade. Or her’s. From her well-turned shoes to the razor sharp creases of her suit, she is as stylish as she is commanding, as foreboding as she is graceful. A shark with eyes containing too fierce a joy. Even this year. Even now.

She turns, acknowledging both cheers and screams of the audience, gloves and mask flawless and unable to conceal her smile.

‘Happy Halloween everyone. Keep safe. We will.’ 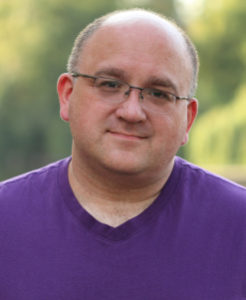