They huddled in the bathroom on the second floor, a family of three, afraid.
Tap. Tap tap. Tap.
The sounds came from all over the house. Everywhere glass faced the outside, they could hear the delicate impact of small branches tap tap tapping, trying to find their way in. That was why they had chosen the bathroom to flee to. It, of all the rooms, had no windows.
Tap. Thump. Tap tap.
The Millers had bought the house two months previously, twenty percent down and the rest financed at five and a quarter percent. Their daughter, wide-eyed and fey at six years old, hadn’t liked it much, but she hadn’t liked any of the thirty-odd houses they’d seen, and this one had much to recommend it. High ceilings, a spacious kitchen, a master bath suite with a garden tub — and all for a pleasantly low price. The yard was unkempt, but the Millers figured that the previous owner simply hadn’t had time to keep it up. Mrs. Miller asked the real estate agent, who talked about the benefits of the gas fireplace in the rumpus room instead.
Thump. Tappity thump. Crash.
“I don’t like this house,” the little girl had said, and tugged on the real estate agent’s sleeve. “Is it haunted?”
He laughed, nervously. “The house? Absolutely not. I can promise you this house is not haunted.”
Mr. Miller took his daughter’s hand. “See, honey? No ghosts here.”
“No ghosts in the house,” the agent echoed.
The little girl looked at him. “Not yet,” she said, and stared until he looked away.
“Kids,” Mrs. Miller said with a laugh. “Such imaginations.”
Thump. Crash tinkle tap tappity rustle.
The move had been swift and pleasant, and the installation of the Millers — father, mother, and recalcitrant daughter, too — had gone off without a hitch. Utilities were connected, services arranged, and neighbors nodded to, all in short order.
All that remained was the lawn, which Mr. Miller found himself curiously disinterested in working on.
Thump. Thump crash rustle tap. A different tap now, wood on wood, right outside the bathroom door.
“Dear, when are you going to mow the lawn?” Mrs. Miller had asked her husband on a cloudy and grim Sunday morning. “It’s not going to take care of itself.”
“Later,” he had answered, and even meant it.
Later came. Later went. And that night, the little girl complained of branches tapping on her window.
Tap. Tap tap. Crash rustle crash thump.
Days passed. The tapping got louder, and more frequent. Mrs. Miller heard it now, too, though Mr. Miller swore he never did, or blamed it on the wind. The lawn stayed unmowed. Walking to the mailbox became a trick. Weeds stretched themselves across the sidewalk to trip the unwary. Branches seemed to swing low in the breeze to take accidental pokes at eyes.
Tap. Tap creak creak.
Neighbors tsk-tsked at the state of the property. Weeds grew up, thick and tall. Mrs. Miller stopped waving to the neighbors, and started nagging Mr. Miller about how unpleasant the house had become, even with new carpet and fresh paint in the upstairs bedrooms. Her husband pooh-poohed her. It was all coincidence, or something seasonal, or something to that effect. Of this, he was sure. The little girl listened to them debate over dinner, and shook her head.
“The house isn’t haunted,” she said thoughtfully. “The rest of the place is. That’s why the lawn is acting funny. We should leave.”
“We’re not going to leave, honey,” Mr. Miller said. “That would be silly. It’s just the lawn. I’ll mow it tomorrow. Or I’ll hire someone to do it, and it will all be fine. You’ll see.”
“You do that, dear,” Mrs. Miller said. “That would be very nice.”
That had been yesterday.
Tap. Rustle rustle. Scratch, scratch, scratch, just outside in the hall.
Then, silence.
“How strong is the lock, honey?” Mrs. Miller asked, her arms around her daughter, her voice ever so slightly strained.
“I don’t think it matters, dear,” he replied, and held her as the first tendrils of green crept underneath the door. 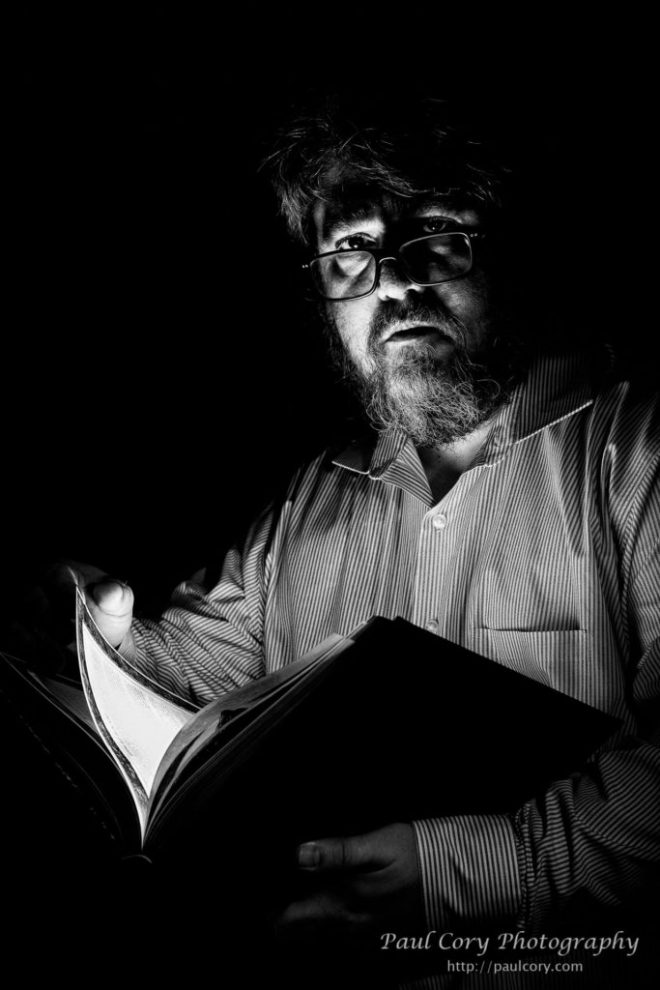 Richard Dansky is 20+ year veteran of the video game industry, where he has written for games like The Division, Splinter Cell: Blacklist, and numerous others. He’s published seven novels and one short fiction collection, and was a contributor to White Wolf Game Studios’ World of Darkness games. He lives in North Carolina with a cat named Goblin, whom he swears was named that when he got her.

Originally born in Texas, Trendane Sparks eventually escaped and wound his way through a mystical series of jobs in the San Francisco Bay Area where he has worked as a software QA Tester for both graphics drivers and video games, a freelance mascot performer, and several jobs on a PBS kids’ show. For most of his life, people have told him that his voice is a pleasure to listen to. But since being a werewolf phone sex operator can get boring, he decided to use his powers to entertain a broader audience.