Falling Under, Through the Dark

Kara’s sitting at her desk when she falls. There’s no time for panic; it happens too fast. One moment she’s working; the next, she’s in the water. Gravity and the force of the fall plunge her into the depths and everything blurs. She wants to yell but her body needs to conserve oxygen and won’t allow it. Natural buoyancy kicks in and she bobs to the surface, eyes still burning from the chlorine.

Now her heart starts to race and she breathes in huge gulps of air, her mind already fumbling for statistics. Facts. Every day an average of ten people die from drowning, and of those, two are children fourteen and younger. 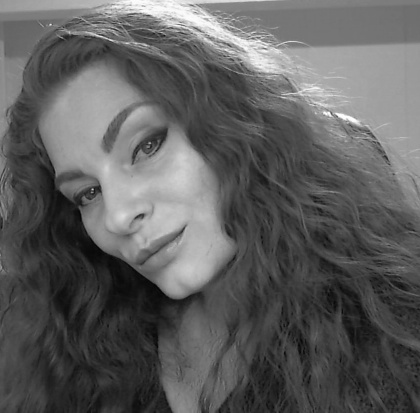 Damien Angelica Walters’ work has appeared or is forthcoming in various anthologies and magazines, including The Year’s Best Dark Fantasy & Horror 2015, Year’s Best Weird Fiction: Volume One, Cassilda’s Song, The Mammoth Book of Cthulhu: New Lovecraftian Fiction, Nightmare Magazine, Black Static, and Apex Magazine. She was a finalist for a Bram Stoker Award for “The Floating Girls: A Documentary,” originally published in Jamais Vu. Sing Me Your Scars, a collection of short fiction, was released in 2015 from Apex Publications. The titular story “Sing Me Your Scars” was nominated for a Bram Stoker Award for Superior Achievement in Short Fiction. Paper Tigers, a novel, was released in 2016 from Dark House Press.

RACHAEL K. JONES is a science fiction and fantasy writer living in Portland, Oregon. Her work has appeared in dozens of venues, including Strange Horizons, Escape Pod, Crossed Genres, Daily Science Fiction, and PodCastle. She is a SFWA member, an editor, and a secret android.

She cares about friendship most of all, and for this she crosses continents. She has a mind like a cenote, placid on the surface but sinking deep beyond the arm’s reach. There are dinosaurs down there. There are strange glowing fish unseen by human eye. She’d seen them, and lived.

She wears her body like a mech suit, like armor, like a faithful sword that had never abandoned her. Every inch of it loved, every nick earned, every strand of hair on fire inside.