“I hope the story works on its own without needing to know too much. But I’ve always been fascinated by the fascination that people have with serial killers, and how our perception is affected by both the fiction and the mythologizing of fact. To say much more would of course be to give away some of the story. It’s also an unusual piece for me in that its one of very few stories I’ve written set in the US. I’ve always wanted to write more US based fiction as that is mostly what I read, although I’m known for writing about Scotland and, more generally, the city of Dundee. It was refreshing to be able to write about a subject matter and location that was new to me, and the enthusiasm of Pseudopod for the story has been a great reward for taking that risk.”

The package, when it arrives, is innocuous. Plain envelope. Bubble wrap. A little box inside. Black cardboard. Red ribbon.

It comes standard delivery. Anything else would provoke suspicion. Signing for packages, someone, somewhere has to say what’s inside.

How would you explain the contents of that black box?

I sit it, for a while, on the black onyx stone of the kitchen worktop. I look at it. I anticipate opening the box. Think of Schrodinger’s Cat.

I won’t know. Until I open the box.

RUSSEL MCLEAN is the author of five novels featuring Scottish private investigator J McNee. His debut, THE GOOD SON, was shortlisted for a Shamus Award for Best First Novel by the Private Eye Writers Association of America. Russel’s short fiction has appeared in several anthologies and magazines including Alfred Hitchcock’s Mystery Magazine and the recent anthology, THE ADVENTURES OF MORIARTY. He spent over a decade as a bookseller before writing full time. His reviews and interviews with writers have appeared in The Herald, The Independent on Sunday, The Skinny and the TLS, and he frequently interviews writers for literary festivals and library events. When not writing his own fiction, he also works as a freelance editor. He lives in Glasgow with his partner and three cats: Moriarty, Mycroft and Magwitch. His latest book out in the UK and US from Severn House is CRY UNCLE, the fifth in the J McNee series. 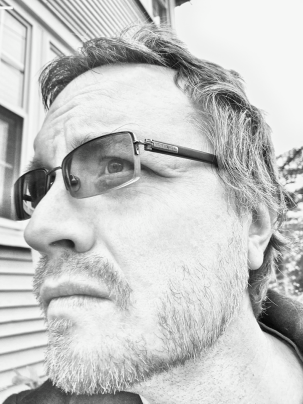 He has work out or forthcoming in Weird Fiction Review, PseudoPod, Lovecraft eZine, Xnoybis, and the anthologies A Walk on the Weird Side, Wound of Wounds, Phantasm/Chimera, For Mortal Things Unsung, and Ashes and Entropy.