The city slept, unmindful of the doom creeping toward it at 61.38 meters per year.

By day, Evan Dicken studies old Japanese maps and crunches data for all manner of fascinating medical research at The Ohio State University. By night, he does neither of these things. His short fiction has most recently appeared in publications such as: Apex Magazine, Shock Totem, and Unlikely Story. Feel free to visit him at evandicken.com, where he wastes both his time and yours. 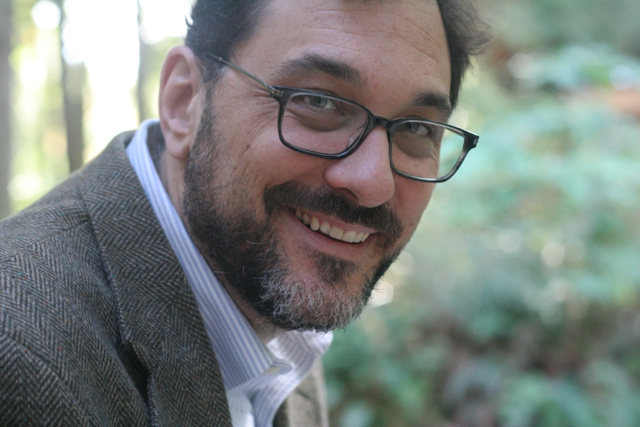 Audiobook narrator Mikael Naramore is the voice of over 200 audiobook titles to date and is a 2017 Audie winner, an award shared with the ensemble cast of The Brink: Stories by Austin Bunn.

He has worked in the audiobook industry since 2001 after being hired as recording engineer and director for Brilliance Publishing, where he worked on over 500 titles. As narrator Mikael has performed on over 200 titles, under his own and assumed names. Authors range from best-sellers Nora Roberts, Lisa Gardner, Edward Klein and Clive Barker to sci-fi rising stars Wesley Chu, Ramez Naam,  J.S. Morin and Mark E. Cooper.