They’re sealing the silo today and the cavern below it. One hundred fifty thousand tonnes of concrete poured down the wet, black throat of the thing. I hope it’s enough.

The facility is down to a skeleton staff now. Topside security and just enough eyes on the monitors to hit the red button if things change down there. I’m not really needed; my MSc is in Avionics Engineering, after all. I don’t even work here anymore, but I felt like paying my respects. I’m not alone in this. Declan made friends easily and there are a lot of project folks here that don’t need to be.

His official funeral was just so goddamned unsatisfying, for one thing. That eulogy! “Oh, I have slipped the surly bonds of Earth….” They ran that Magee poem into the ground, which was about as tasteless as you could get, considering the circumstances. Considering his resting place.

That’s just it though, isn’t it? Declan isn’t at rest. Declan will never be at rest. I know what they told everyone. That he died testing the DreadMoth. That’s only technically true. I know he’s not dead. Ask anyone who ever sat with him down there, in the cavern. They’ll tell you.

They talked about Icarus at the funeral, too, which is all mytho-poetic and sells the American hero line, sure, but it’s a flawed comparison. Icarus fell. That kid kissed the dirt.

Declan may be half a mile underground, but he hasn’t touched down, yet. 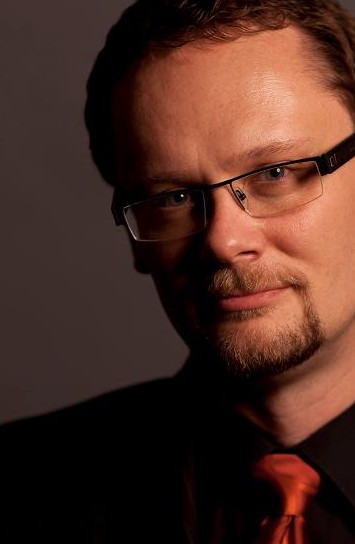 Scott R. Jones is the author of When The Stars Are Right: Towards An Authentic R’lyehian Spirituality (a bio-ethnographical work of “gleeful nihilism”, examining Lovecraft’s Great Old Ones from a neo-Gnostic spiritual perspective); I have stories upcoming in the anthologies The Summer of Lovecraft (Chaosium), Fossil Lake 2, Flesh Like Smoke (April Moon Books), and Australia’s Andromeda Spaceways Inflight Magazine. I live in Victoria BC with my wife and two frighteningly super-intelligent spawn. He has edited an anthology for Martian Migraine Press RESONATOR: New Lovecraftian Tales From Beyond, featuring stories revolving around the Tillinghast Resonator (or technologies and processes like it). RESONATOR will be available in print and electronic formats from most major retailers and showcases the talents of Cody Goodfellow, Anya Martin, Scott Nicolay, Orrin Grey, Damir Salkovic, and Christine Morgan, among others.