Ms. Simmons had asked me to speak plainly about what happened from the beginning, but I was scared at first. I told her I would try and tell her everything, but July was a hot month, I have a hard time membering things when it happens in the hot.

My mom had just died a few months before, and my dad left me here. I don’t think mama ever liked dad, she said he was a liar and a cheat and, mama said you can never trust a person like that. Aunt Jenny never loved me like mama did. She came closer to liking me more than dad did, but that wasn’t much at all. I didn’t have much of anything, but some clothes and a baseball bat. I didn’t even have a ball. I use to stand in the gravel driveway and throw rocks in the air and try to hit them. I’m a real hard swinger, that’s what dad said. Aunt Jenny said I was horrible at baseball and that I couldn’t hit the broad side of a barn. I thought that was funny, because barns were so big that anyone could hit a barn, as long as they got close enough.

In the hot of July, Aunt Jenny said I needed to get out from under her feet and if I was going to sleep under her roof and eat her food then I needed to contribute more to the house. When Aunt Jenny used the word contribute, she meant get a job. We lived in Hyde Park Indiana, I still do I guess, but mama doesn’t, cause she’s dead. Like I was saying, it was in the hot of July, and aunt Jenny wanted me to contribute. In Hyde Park there just ain’t that many jobs, specially when your nine years old. It’s a small town. It seemed to me that everyone grew corn, everyone had a truck and everyone had a dog. And usually not just one dog, but a bunch. Aunt Jenny said it was because that all dogs do is eat your food and have sex, and that one day, I would like sex; and then she laughed. I didn’t like being compared to a dog.

ROBERT REED lives in Pekin, Indiana with his wife Shelley and despite what the title of the story might imply, they love animals and have 2 dogs, 5 cats and 3 sugar gliders and are amazed that the pets let them all live together. Robert and his daughter Stephanie started NaNoWriMo in 2010 and found writing a great way to spark story ideas and spend father daughter time together. 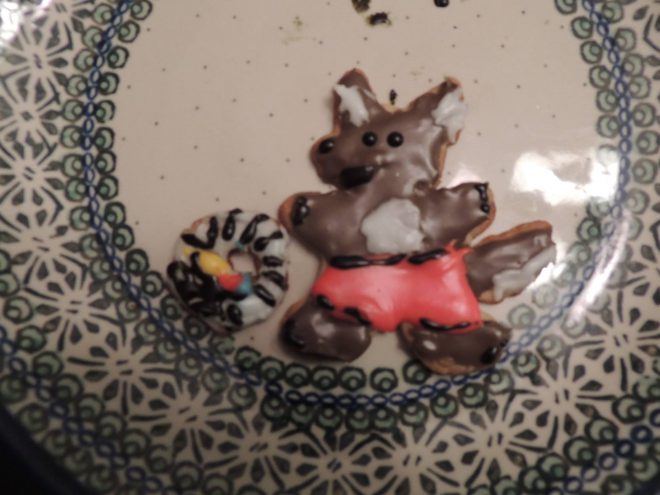 D.K. (Dave) Thompson is a good name to know if you spend any time around Escape Artists, Inc. (So is “California King,” or “Easter Werewolf”…) He’s a pretty awesome guy, even if he disparages pumpkin beer. He lives outside Los Angeles with his wife and three children. While he can tweet up to 175 characters, he refrains from using this power for chaos.

Together with co-editor Anna Schwind, he ran PodCastle for five amazing years, stepping down to focus on his own writing in 2015.

You can find two of his audio book narrations on Amazon: Norse Code by Greg Van Eekhout and Briarpatch by Tim Pratt.