“While writing this story I was wondering why death sometimes makes people feel special – touching it, escaping it, even causing it. Yet it’s not special. It’s something that happens to all of us eventually and it’s usually terrible.”

Annabell Crowley lay on the dirt floor and looked up at Death. She remembered that a man had cut her throat. It was so hard to hold onto ideas. Her parents were already dead. Death had taken their spirits hours ago. She thought she should be afraid of him, but wasn’t. The human mind has amazing capabilities of adjusting to a new reality. The world was very peaceful. She looked up at Death, who looked back down at her. How funny that everything felt normal now. A man had cut her throat and she was not dead, even though that was impossible. Her arms lay at her sides. She didn’t have the power to raise them.

Death tilted his head. His skin was pulled close over his skull and his eyes were closed and sunken. Maybe he had no eyes at all. After looking at her for a long time he flicked the cigarette away and walked out the door. He was dressed in flannel and jean, with a brown hat. He had taken the hat from a hanged man because he’d liked it and it fit well. He stepped over Anna’s father. 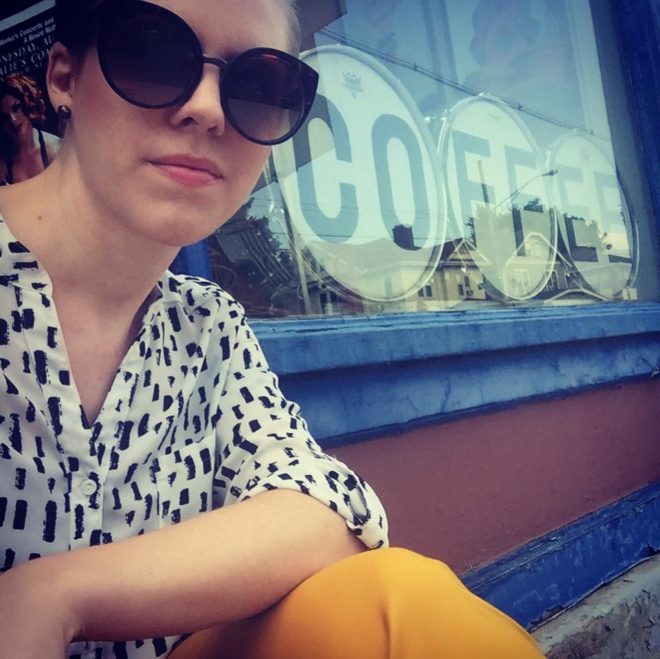 Leslie J. Anderson’s writing has appeared in Asimov’s, Uncanny Magazine, Strange Horizons, Daily Science Fiction, and Apex, to name a few. She recently published a collection of short story prompts released through Sterling Publishing, a subsidiary of Barnes and Noble.

Her collection of poetry, An Inheritance of Stone, was released from Alliteration Ink and was nominated for an Elgin award. Poems from it have won 2nd place in the Asimov’s Reader’s Awards, and were nominated for Pushcart and Rhysling award.

Leslie has a Creative Writing MA from Ohio University and currently works as a marketing and communications manager for a financial consulting firm. She lives in Ohio and is obsessed with coffee and her two small dogs.

Emily Smith is a physician living in the Central Valley of California. She’s not afraid to put you to sleep but she is terrified of black widow spiders, heights, and that sudden silence that means a child is up to no good. She lives in constant danger of being eaten by cats, tripped by a baby, choked by a wisteria vine or smothered by wild birds. The wisteria vine is currently the most likely cause of her demise as it is the only thing not dependent on her for sustenance and her death dovetails nicely into its plan for world domination.

You can occasionally find her as Fireturtle on the Escape Artists forums, particularly if there is a flash contest in the offing.