Drink to Me Only with Labyrinthine Eyes

‘Thank you, Ladies and Gentlemen,’ I say when the lights come back on and the meager applause dies entirely. ‘I hope my beautiful assistant and I haven’t bored you too much this evening. You do look a little sleepy, as if you’ve been lulled into a trance yourselves. Which is not such a bad feeling, is it? Sinking deep into a downy darkness, resting your souls on pillows stuffed with soft shadows. But our host informs me that things will liven up very soon. Certainly you will awake when a little chime commands you to do so. Remember, it’s wake-up time when you hear the chime.’

I repeat. ‘And now I believe we can prosecute this evening’s festivities.’ 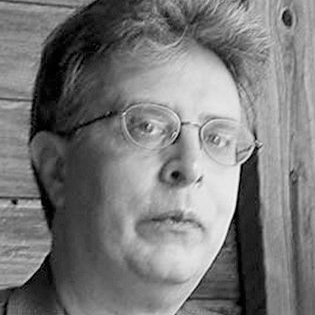 THOMAS LIGOTTI is one of the foremost contemporary authors of supernatural horror literature. His works been honored with several awards, including the Horror Writers Association’s Bram Stoker award for the collection THE NIGHTMARE FACTORY (1996) and the novella MY WORK IS NOT YET DONE (2002). Revised, definitive editions of his first three story collections — SONGS OF A DEAD DREAMER, GRIMSCRIBE, and NOCTUARY — were published in 2010, 2011, and 2012, respectively. Revised editions of his collections THE AGONIZING RESURRECTION OF VICTOR FRANKENSTEIN AND OTHER GOTHIC TALES and DEATH POEMS were issued in 2013. Ligotti has also published THE CONSPIRACY AGAINST THE HUMAN RACE (2010), a nonfiction work that explores the intersection of the darker byways of literature, philosophy, and psychology. Forthcoming titles by Ligotti include a collection of interviews and a chapbook consisting of two newly written stories. The web site Thomas Ligotti Online was founded as a forum for discussions of and media related to Ligotti’s writings as well as those of wide range of authors, artists, and musicians whose work is associated with the horror genre, among other areas of interest to devotees of unconventional art and thought.