“The setting is inspired by southwestern Shropshire, and the period by the Elizabethan era. The story concept came from playing around the ideas of the Four Humours and spontaneous generation, although of course the generation I ultimately went with wasn’t really spontaneous.”

Thing in the Bucket

She whispered, ‘I am bleeding.’

Pritcher dealt in the art of the bleed, so it was unsurprising she had come to him. ‘Can you show me?’

‘From inside.’ She pressed her belly, then brushed at her petticoat.

Pritcher considered Sarah’s young age and air of shame, and then smiled. ‘You mean it is worse than usual? Or at the wrong time?’

‘The time of month you bleed.’

She stared at him blankly. Was it possible she did not know? Her parents had died some years before, so she’d been raised by the barkeep, Elias Grubbs. He was well-meaning, but not the brightest man, and a widower without daughters of his own. Such subjects were not spoken of in Drumby Hole between young girls; the vicar taught them not to succumb to the corruption of flesh, to focus on God when it tempted them.

Surely someone must have taken an interest. That older barmaid, perhaps. ‘Has Lizzy never mentioned the curse?’ 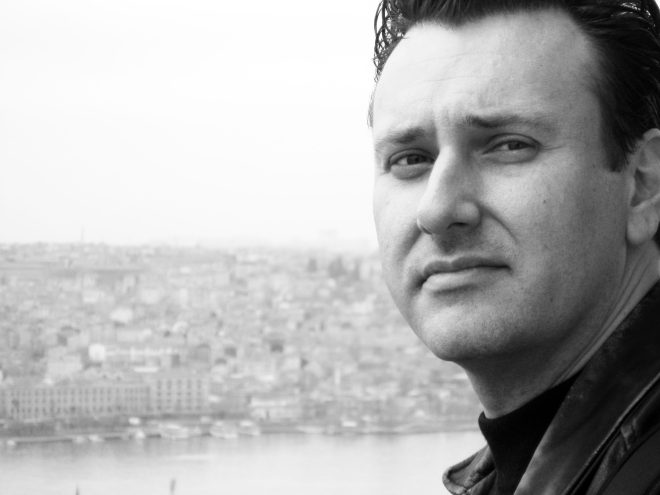 Eric Esser lives in San Francisco with his wife Courtney. When he was small he used to wander the perimeter of his elementary school soccer field every recess imagining stories set in other worlds, and for some reason no one ever made fun of him for it. He suspects they discussed him secretly. He’s dabbled in Elizabethan Gothic, dystopian, urban fantasy, and horror. He is a graduate of the 2012 Clarion Science Fiction & Fantasy Writers’ Workshop, an associate member of the Science Fiction and Fantasy Writers of America, an affiliate member of the Horror Writers Association, and a member of the Codex Writers’ Group. His fiction has appeared or is forthcoming in Schoolbooks & Sorcery, Pseudopod, and Fictionvale, among others.

Andrew Clarke is a London-based musician, writer and actor who has created work for the stage, film and radio in an ongoing quest to work out how to make any money at all. He is currently writes and performs in The Lost Cat Podcast – which details the adventures he has had while looking for his lost cat – featuring monsters, ghosts, Old Ones, several ends of the world, some cats and lots and lots of wine. The podcast can be found here:  He is also currently demo-ing his latest album. The previous album, called ‘Bedrooms & Basements’ can be found at Bedrooms & Basements.