‘Try to imagine the human brain as being analogous to the ocean.’

Sam Dillinger snapped his fingers and an enormous map of the world unfurled itself above him.

‘Like the ocean, the human brain is tangible in its theory and physicality. We can touch it, understand its general uses, even map its surface topographically – the Atlantic here, the Pacific there; cognitive processing in this corner, emotional reckoning in that. We’ve studied them – lived with them – since time immemorial, but we still have so much to learn. Man may have stripmined the mountains and scorched the green earth, but he still hasn’t conquered the depths.’

He snapped his fingers again and the map reconfigured itself into a large glass pane. Paul watched as folded in on itself like crystal origami until it had become the Epsilion Prism, a corporate emblem as fiercely lionized as the golden arches or Newton’s apple.

‘Here at Epsilion, we pride ourselves in possessing the most finely detailed cognitive maps that the world has ever seen. In fifteen short years, we’ve gone from a small, speech therapy start-up on 40th street to one of the largest and most relentlessly innovative companies ever founded on American soil. We’ve helped thousands of our clients to access long-forgotten memories, undo crippling mental illnesses, and learn new languages and mathematical skillsets in the space of a few scant minutes. And still, we’ve barely begun to skim the surface of a vast and unknowable space.’

He paused and stared into the crowd – 300-odd painters, writers and musicians who hung on his every syllable. 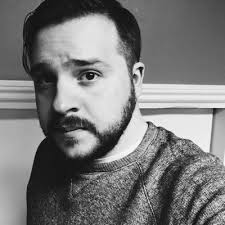 Johnnie Alward hails from a small town in southern Ontario where he lives with his girlfriend, their cat Vincent Price and a vague but omnipresent sense of self-loathing. 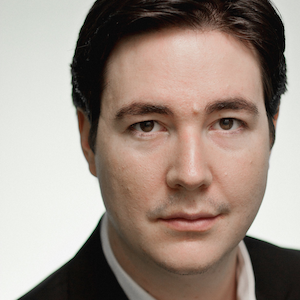 Matt Haynes is the artistic director of The Pulp Stage Theatre company in Portland, Oregon. This January, the company will be premiering BOX: A Live Science Fiction Trilogy co-authored by Matt and acclaimed speculative fiction writer Tina Connolly. You can learn more about the show and its current fundraising campaign at The Pulp Stage.