‘That the best you can do?’ He asked gamely.

Will took a swallow of beer, his eyes never leaving Sam’s.

‘Best he can do,’ Will said, nodding derisively towards Artie.

Artie just shrugged. He was technically the better pitcher, but it was an honest fact that he couldn’t match Will for sheer power.

Will stared up at the sun as if it were a clock.

Sam looked up at the sun. It just looked like a ball of burning gas to him. He wondered if Will could really tell the time by the sun, or if it were all for show. With Will you never quite knew for sure. That was part of his magic.

Will grinned, and it made him look mean. He had a face like a ring seasoned boxer. His eyes looked like hard narrow gun sights. He always reminded Sam of a surly Robert Mitchum. He claimed to have been a Navy Seal as a young man, and although both Sam and Artie couldn’t swim a stroke, neither dared to say differently.

You just never could tell with Will. 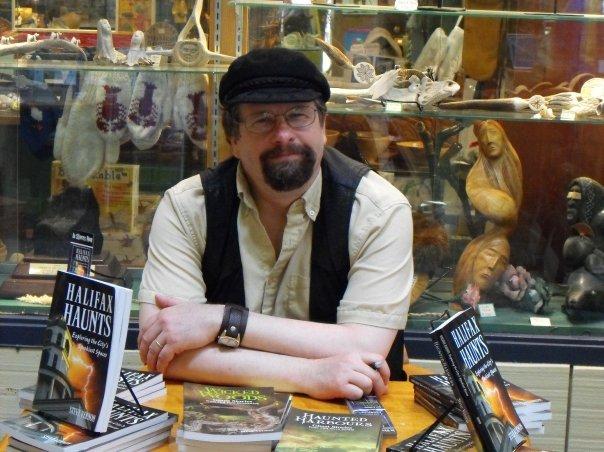 Steve Vernon has had stories appear in The Horror Show, Cemetery Dance, Flesh and Blood, Chthulhu Sex, Karl Edward Wagner’s YEAR’S BEST HORROR, HOT BLOOD XIII and many other anthologies, magazines and the occasional men’s room wall. Keep up with Steve Vernon’s writing at his blog YOURS IN STORYTELLING.

Your reader this week is James Silverstein was born and grew up just outside of Chicago and has been writing fiction since the age of 9, the day he was given his first typewriter (and ‘Dragonman‘, the draconic superhero was born!). He has been involved in theater from the same age, including some professional Shakespeare in the 90’s and now does community theater). He has written for various role playing games, including 7th Sea, Stargate, and, most recently, Cairn. He is working with Dave Robison on his SHATTERED WORLDS project, and Antimatter Press on his own novel; NECROPOLIS, a hard-boiled private eye tale with the undead.