‘What do you want?’ asked Fillingham.

‘You to celebrate with us,’ she replied, holding out the cup again. The liquid inside slithering up and then down again and even in the poor light, Fillingham saw the residue it left on the clear plastic sides glistening and clinging like oil. ‘Devotions must be paid.’

‘What?’ said Fillingham. ‘Look, I appreciate you’ve got this weird acting gig at the games and you’re only doing your job, but please, it’s late and I’m tired and I don’t want to drink whatever that is.’

‘A last enquiry: you refuse?’ 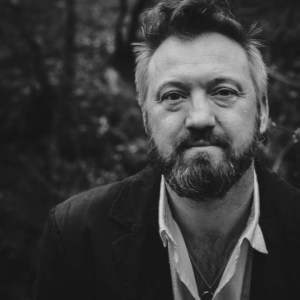 SIMON KURT UNSWORTH was born in Manchester in 1972 and has not yet given up the hope of finding that the world was awash with mysterious signs and portents that night. He lives in an old farmhouse miles from anywhere in the Lake District with his fiancée Rosie and assorted children, dogs and guinea pigs. His neighbours are mostly sheep and his office is an old cheese store, in which he writes essentially grumpy fiction (for which pursuit he was nominated for a 2008 World Fantasy Award for Best Short Story). STRANGE GATEWAYS is his third collection, following 2011’s critically acclaimed QUIET HOUSES (from Dark Continents Publishing) and 2010’s LOST PLACES from Ash Tree Press. His stories have been published in a large number of anthologies including the World Fantasy Award-winning EXOTIC GOTHIC 4, TERROR TALES OF THE SEASIDE, WHERE THE HEART IS, AT EASE WITH THE DEAD, SHADES OF DARKNESS, HAUNTS: RELIQUARIES OF THE DEAD, and LOVECRAFT UNBOUND. He has appeared in Salt Publishing’s YEAR’S BEST FANTASY and five volumes of Stephen Jones’ THE MAMMOTH BOOK OF BEST NEW HORROR. He has a further collection due, the as-yet-unnamed collection that will launch the Spectral Press “Spectral Signature Editions” imprint. His novel THE SORROWFUL is due out from DoubleDay in the US and Del Ray in the UK in early 2015. Simon blogs here.