‘My camera and sound people will be here soon, Sophie and Craig, my volunteer assistants and official witnesses. It’s six o’clock now. Once we’re set up, we’ll begin at 7pm, the same time Dr Rathcar did fifteen months ago. We’ll do the whole thing twice if we can, put several objects here on the mantel – a plastic bottle, a child’s wooden block, a toy train – and simply record what happens. Second time through, if we are lucky tonight and the phenomenon occurs, the moment they’re moved, disturbed in any way at all, I shift the patch from one eye to the other and see what I get. It shouldn’t take long.’

‘You do that once it happens.’

‘As soon as it happens. As close to. The first time is a control to establish parameters: event frequency and duration, lighting levels, things like that. But the second time round I stand over here by the fireplace and shift the patch, just as Rathcar did.’

‘But the camcorders will only catch your reactions. Not what you see.’

‘Right. But whatever we get may match reactions in the CCTV footage from the Rathcar attempt. Rathcar’s own footage hasn’t been made available yet, but may be released once we do this. Rathcar called out a single word – “Kathy!” – his assistant’s name. We don’t know why now, and of course he can’t tell us.’

‘Or won’t. But there may be some key detail or other that emerges. Later spectrographic analysis may show even more, who knows?’

‘It’s all very uncertain,’ Susan said, looking at him intently, or possibly at the eye-patch that was to play such a key role in what was about to happen. 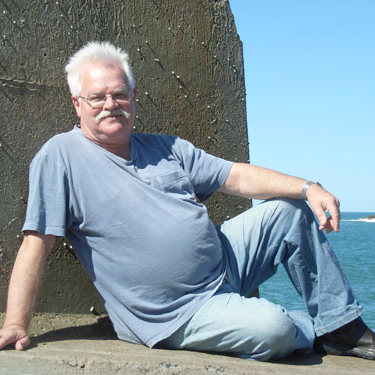 TERRY DOWLING is one of Australia’s most respected and internationally acclaimed writers of science fiction, dark fantasy and horror, and author of the multi-award-winning Tom Rynosseros saga. He has been called “Australia’s finest writer of horror” by Locus magazine, its “premier writer of dark fantasy” by All Hallows and its “most acclaimed writer of the dark fantastic” by Cemetery Dance magazine. The Year’s Best Fantasy and Horror series featured more horror stories by Terry in its 21 year run than by any other writer. Dowling’s award-winning horror collections are BASIC BLACK: TALES OF APPROPRIATE FEAR (International Horror Guild Award winner for Best Collection 2007), regarded as “one of the best recent collections of contemporary horror” by the American Library Association, AN INTIMATE KNOWLEDGE OF THE NIGHT (Aphelion 1995) and BLACKWATER DAYS (Eidolon 2000), while his most recent titles are AMBERJACK: TALES OF FEAR & WONDER (Subterranean 2010) and his debut novel, CLOWNS AT MIDNIGHT (PS Publishing 2010), which the Guardian called “an exceptional work that bears comparison to John Fowles’s THE MAGUS.” Dowling has written three computer adventures (Schizm: Mysterious Journey, Schizm II: Chameleon and Sentinel: Descendants in Time), and co-edited THE ESSENTIAL ELLISON and THE JACK VANCE TREASURY among many other titles. He lives in Hunters Hill, Sydney and his homepage can be found at the link under his names above. “The Four Darks” will be appearing this year in Ellen Datlow’s FEARFUL SYMMETRIES and Terry has a new computer game and a new horror collection in the works with such cool titles he dare not mention them. 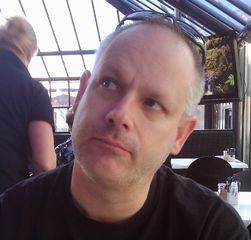