‘They make her look like just another beautiful young woman,’ the old man said, ‘but really she’s more beautiful than any woman could be. I suppose it wouldn’t be fair to expect a drawing to capture what even photograph couldn’t. She’s at her most beautiful when she’s moving. When she’s still, it’s like admiring an unbent bow or an unsheathed sword.’

Now Shizuo recognized the old man as Kinoko’s puppeteer. The thought of this shriveled crab with his claw in her back, pulling strings and turning knobs, filled him with loathing. He wanted any reminder of that ugly truth out of his sight. He kept his eyes on the poster. The old man went on.

‘I noticed you in the crowd. You caught my attention immediately- your eyes did. I saw real love in them for Kinoko. I’ve always said that the truest proof of her perfection would be if someone fell in love with her. I’ve seen all sorts of eyes in the audience. Lustful, admiring, jealous, curious… but your eyes were the first I ever saw with love.

Shizuo still could not bring himself to look at the puppeteer but he nodded.

DAVID X. WIGGIN spent the earliest years of his childhood in Japan and was lucky enough to see a bunraku show live. He currently lives in Brooklyn with his very much flesh-and-blood wife. His fiction has appeared in STEAMPUNK MAGAZINE, STEAMPOD, THEAKER’S QUARTERLY FICTION and ALT HIST MAGAZINE. 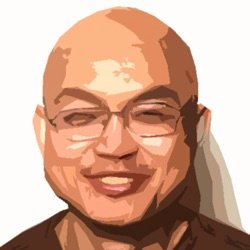 John Chu is a microprocessor architect by day, a writer, translator, and podcast narrator by night. His story “The Water That Falls on You from Nowhere” won the 2014 Hugo Award for Best Short Story. Bibliography is at JohnChu.net. His story “Making the Magic Lightning Strike Me” will be published in issue 16 (May/June 2017) of Uncanny Magazine..