This story will be one of four dark fantasy/crime-noir tales featured in the e-book A LONG WALK DOWN A DARK ALLEY, to be published on Smashwords.com and Amazon.com (and others) in late 2012.

The pecking order in the car is standard: George drives, the boss rides shotgun, and Shovel and Byrd ride in the back. The valet brings the Caddie around and everyone starts to climb in, but August takes Byrd’s seat and tells him to sit in the front. There’s a moment of confusion at this sudden change in protocol, but they’re soon on their way. Byrd runs the music too loud to talk, which is fine; the boss isn’t in the habit of explaining himself anyway and no one wants to ask. About halfway back to the house, August grabs Shovel’s idle hand and gives it a squeeze, kind of a _you’re my main man_ gesture. Shovel, as expressionless as ever, just gives the boss a single nod. Once they’re back at the house, he finds out why.

‘I don’t trust them anymore,’ August tells him. They’re in the master bedroom, which is about as big as Shovel’s whole damn apartment. George and Byrd are downstairs, checking out the car and getting everyone something to eat, respectively, as instructed. August is standing in the middle of his closet holding up various neckties in the mirror. ‘You’re the only one I can trust with her. Shovel the Unfeeling, the human instrument, a man with no emotion, no fear, no regret. Your reputation made your career, and mine. You’re solid as a rock. But those other two…’ He decides on a cobalt blue tie, silk. ‘Good with my eyes, eh?’ he says, knowing he’ll get no reply. ‘Those other two, they might get jealous. Can’t have that. That’s why I need it to be just you and me from now on. You’ll manage the other crews but keep them at a distance. You, me, and her, from now on.’

Shovel gives August a look, one that only he and George can get away with. ‘Boss… Byrd’s just a splatter on the windshield, I don’t mind giving him the heave-ho and busting his beak for good measure, but George has been with you a long time. Longer than me. He’s as loyal—’

‘As loyal as a dog,’ August snarls. ‘And as soon as the right bitch comes in heat, he’ll turn on me and try to take her for himself. No. Things are changing.’

‘Maybe you should take the night to think about this, August. Don’t see what’s-her-name tonight, just have a sandwich and a drink and get some sleep.’

That famous icy glare returns with cold fire behind it. August’s finger rises an inch from Shovel’s flat nose. ‘Don’t you back talk me. You get your ass downstairs and do your fucking job. Get rid of them, before they get rid of me. And I don’t want them coming back for me later, you hear? _Get rid of them._’ 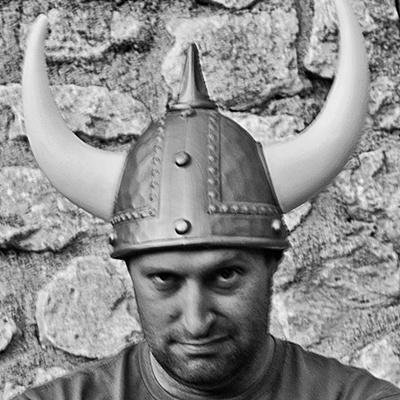 J. D. Brink was not a private detective in the 1940s, but he’d liked to have been. Instead he was born in the 1970s, was a kid at the best time ever to be a kid (the ’80s), went to college in the ’90s, and has since become a sailor, spy, teacher, nurse, officer, and father. Today (fall of 2013) he and his family live in Texas, where there aren’t enough cheating husbands, missing persons, practicing witches, or hard-boiled mysteries to keep him occupied. In his writing, as in life, Mr. Brink enjoys dabbling in multiple genres.