There was a splash where there shouldn’t have been. Reed was shoving handfuls of dirty clothes into the washing machine when he stopped to listen closely. The sound seemed to have come from beneath the small wooden plank in the corner –- the one that covered the entrance to the crawlspace under the house. The splash had sounded distinctly like a weighty object –- a hand, maybe — slapping the surface of a body of water.

The laundry room was a small concrete-floored space between the main house and the garage. Reed had done everything he could to minimize his time in that room and to try and ignore the crawlspace’s entrance. This was made a bit easier due to the small wooden plank’s inherent “hiddenness”. It was covered with layers of dust the same color as the concrete. And veils of cobwebs hovered over it which held the threat of spiders, centipedes, and other creepy-crawlies. The corner seemed to exude a force of avoidance and Reed had been more than happy to comply.

The entrance was barely large enough to allow an average-sized adult to slip down into the dirt-floored space beneath the house. Reed had watched the hefty home inspector squeeze through the hole a few months earlier before he and his wife, Maisy, bought the house. Once the inspector pushed through the narrow opening, Reed saw that there was a bit more room for someone to, literally, crawl under the first floor. While watching the older man slide into the dark space, Reed’s mouth had gone dry and he suddenly had difficulty swallowing. 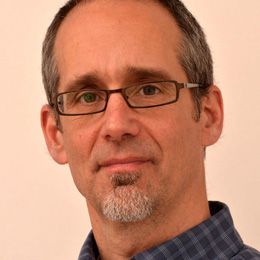 Russell Bradbury-Carlin is a part-time writer living in Western Massachusetts. His short stories have appeared in Midnight Screaming, Lark’s Fiction Magazine, Weird Year, and McSweeney’s Internet Tendency, amongst others. You can find out more at Russellbradburycarlin.com.