‘So they don’t mind that I’m just a lowly fisherman.’

‘Nah, Christ was a fisherman so they’re good with that. Your lack of religion, though…’ Bobby tut-tut-tutted.

Terrence had grinned, chewing his food. ‘Means you’re the only one going to Hell.’

Looking up at the bridge, buffeted by a chill wind and rocked in the chop of an irritable sea, Terrence hoped there was no such place, but he knew there was because he was in it most days. Those gathering at the prow only proved it. Laura, Matt, and now the shin-splintered Lee holding himself up by the gunwales; Terrence had pulled all of them from the water over the last year, pulled others out after, and none of them would leave him alone.

The three stood, as best as they could, looking out at the bridge they had jumped from.

The Golden Gate Bridge was once the world’s longest suspension bridge and was declared a modern wonder. With the exception of London’s Tower Bridge, it was the most-photographed bridge in the world. It was also the world’s most popular suicide spot. ‘From the golden gates to the pearly ones,’ Bobby had joked once, back before his own dive from its heights. ‘People come from all over to do it. A permanent solution to their temporary problems.’

Statistics varied. One jumped every two weeks or thirty jumped per year, and Terrence had read somewhere else that every month saw as many as five people drop to their deaths. The only thing that didn’t vary was the fact that from that height, three hundred feet or so, hitting the water was like hitting concrete. Some survived, but not many. And usually not for long.

Terrence only ever found the dead ones. 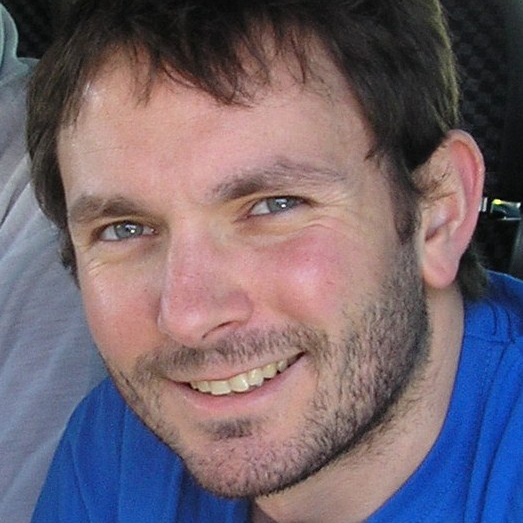 Ray Cluley’s work has appeared in a various magazines and anthologies and has been reprinted in Ellen Datlow’s Best Horror of the Year, Steve Berman’s Wilde Stories: The Year’s Best Gay Speculative Fiction, Johnny Mains’s Best British Horror, and Benoît Domis’s Ténèbres series. He has been translated into French, Polish, Hungarian, and Chinese. He won a British Fantasy Award for Best Short Story and has since been nominated for Best Novella and Best Collection. That collection, Probably Monsters, is available from ChiZine Press. He’s currently working on too many things at once. You can find out more at probablymonsters.wordpress.com