I recovered myself with difficulty. I was in my mentor’s house. I stood here uninvited but nevertheless I stood here. Understanding the opportunity, my attention burst outward in glances both rapid and greedy. I took in everything, finding the details of corners, seeking every scrap of intimate but banal information about the man. People might think this insane—I had after all worked closely with my mentor for a decade and a half, giving him my poems for his unsparing critiques, listening and agreeing to his thoughts on literature, attending his seminars and readings, making his friends my friends. I still was not good enough. I had never published anything but I kept at it. I was poor and I wrote about poverty. “You are poor,” my mentor would say, “but you have not suffered.” I was lonely and I wrote about loneliness. “Yes, you are lonely,” my mentor confirmed, “but loneliness is not suffering.” Gradually this became the sum of his critique. At the bottom of each returned poem he scribbled: “You still have not suffered.” I felt I would never understand. I looked about this room now as if it would tell me how to feel the anguish that clearly my mentor felt, the despair that made him so superior a poet. How could his kitchen tell me more about him than his verse, which was so confessional, so full of agony and torment, like a man imprisoned in his own flesh? What was knowledge of his plates and silverware in comparison? What could his dirty dishes tell me about his soul? 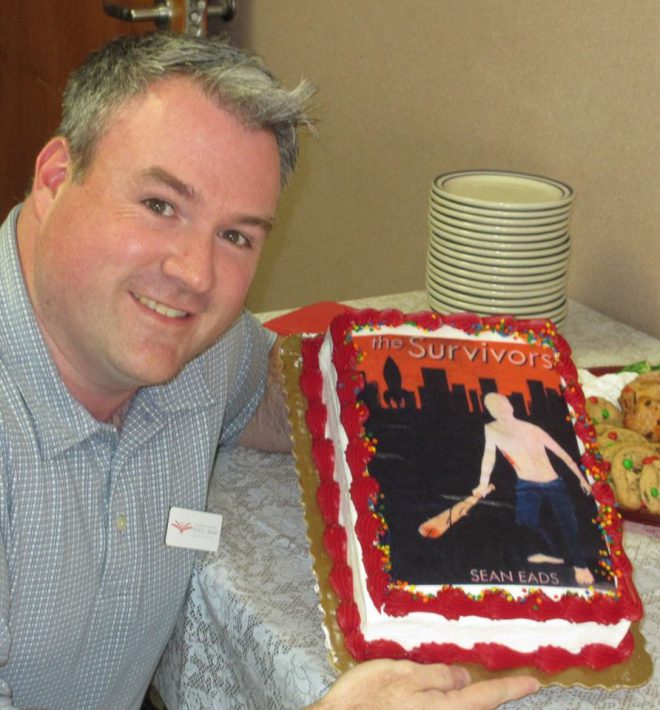 Sean Eads is a writer living in Denver, CO. Originally from Kentucky, he works as a reference librarian.

Your reader this week, Mark E. Phair, is an engineer and a storyteller. Find him online at MarkEPhair.com, Logibate.com, and @MarkEPhair on Twitter.