The dreams got worse and worse in the following week, but they only plagued me at night. I could explain those away without questioning my sanity. I slowly began looking into mirrors again, trying to ignore that one incident for sanity’s sake as well. What worried me the most was my thumb. Even though there was no blood, I wore a plaster around it because one morning I had peered into the crack and swore I saw bone. I didn’t want to look at it after that.

That Saturday when granddad and I arrived at his house in a cloud of diesel, Mum wasn’t waiting for us again. He said she was getting ready upstairs and wouldn’t be long. I turned on the TV while he put the kettle on. I know, I should have said something about Mum, but that would have meant accepting that something strange was happening to her, and right then I was aiming for normality.

Mum’s scream lasted so long I was halfway up the stairs before it ended. 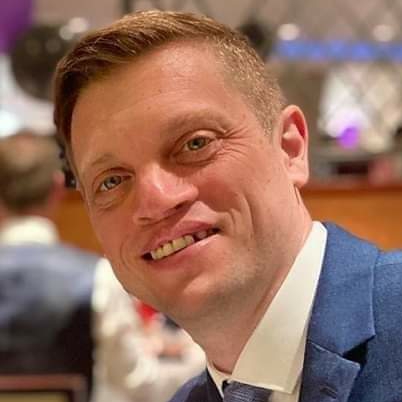 Barry J. Northern is an erstwhile spec fic podcaster from the UK who some may remember as host of horror fiction podcast, Cast Macabre, and the original editor of Cast of Wonders. He is delighted for this opportunity to dust off his vocal cords, and would like to say a big hello to everyone at EA and all their lovely listeners.