He was tall and quiet, and thinner even than Gretel. Cigarette burn scars covered one cheek, and he was blind in his left eye from an especially bad night with his father. Gretel thought he was beautiful.

You’re beautiful, he told her later that night, after her stepmother had driven away and Brykerwoods orderlies had taken Gretel’s leather jacket and the contents of her pockets… but not the lipstick tube they hadn’t found in her bra. After she’d found him, like an uncharted territory, or an undiscovered planet, sitting on the dirty white linoleum next to a vacant chair in an empty TV room without a television. After she’d had handed him one hit of acid and placed the other under her tongue. You’re beautiful.

I’m not, she said. My front teeth jut like fallen tombstones. My nose is the size of a bus and my hair is like strips of rotting bacon and my eyes are small and brown as rabbit turds. You must be tripping. 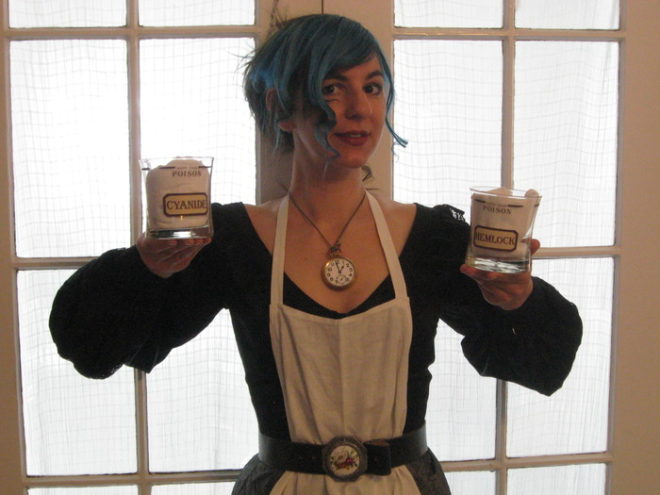 Claudia Smith is a video game translator who reads (and narrates) for fun. She was introduced to Pseudopod by her old university friend, Helen Keeble, and highly recommends reading her two books, Fang Girl and No Angel – especially if, as well as being a fan of the horror genre, you also enjoy a bit of light-hearted teen vampire romance parody.