Monday morning came, and Jim wondered at the fact that no other cars followed or preceded him into the garage. And yet, as his car swirled down the ramps, he noticed that almost every parking space was filled.

He’d gone slowly down three levels looking for space “1103” before it became so dark he was forced to turn on the headlights. He barely made out a “321” in dirty yellow numbers on an empty space to his left, between a Thunderbird and a Stanza.

As he wound deeper into the building, his eyes became adjusted to the dim light. Still, he did not see a single person; no one pulling into a space, climbing out of a car, filing toward the bank of elevators.

Motes of dust sparkled in his headlights as his car swept through the aisles. The parked cars wore the dust like sequined dresses.

His car curled around the last corner, and he barely saw the numerals painted onto the dingy wall as his headlights raked across them. 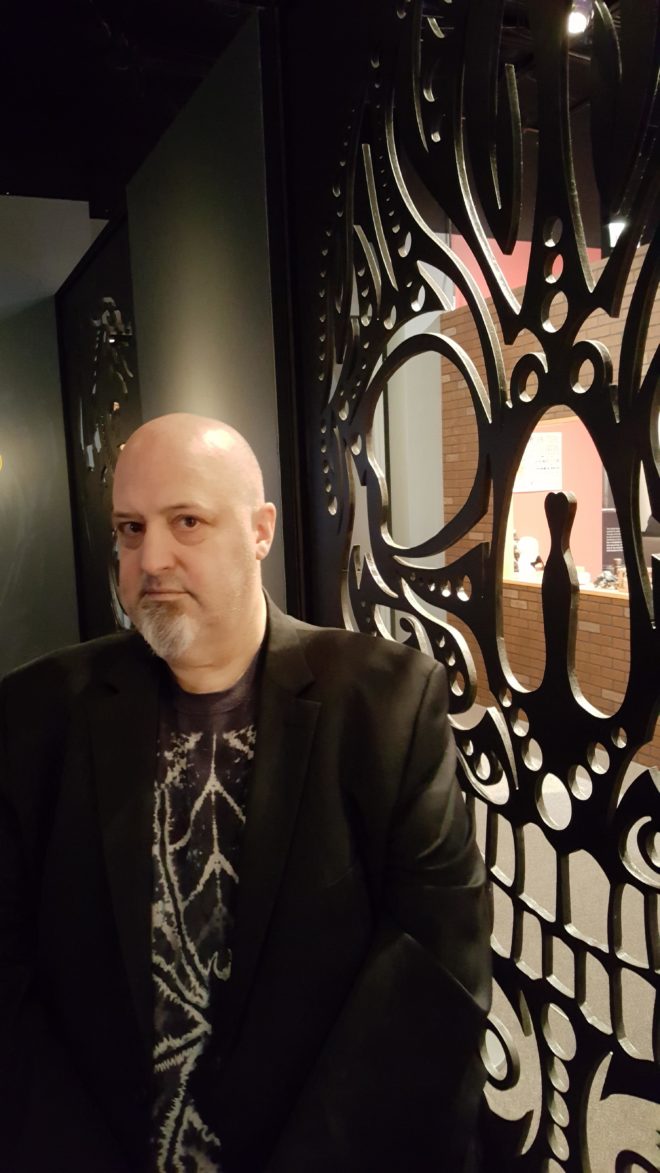 John F.D. Taff is a Bram Stoker Award®-Nominated author with more than 30 years experience, 90+ short stories and five novels in print.  His first fiction collection, Little Deaths, was named the best horror collection of 2012 by HorrorTalk.  Jack Ketchum called his novella collection, The End in All Beginnings, “one of the best novella collections I’ve read.”  His new fiction collection, Little Black Spots, will be available from Grey Matter Press in the Spring of 2018.  Look for more of his work in anthologies such as Cutting Block Book’s Single Slices, Gutted: Beautiful Horror Stories, The Beauty of Death, Shadows Over Main Street 2 and Behold: Oddities, Curiosities and Undefinable Wonders.  Taff lives in the wilds of Illinois with three pugs, two cats and one long-suffering wife.