The wind bit into his skin like daggers into flesh. The cold was like no other he had felt, and he knew it was only going to get worse, day by day. Never mind the night; even people such as himself had to find shelter by night or end up a victim of his own trade by dawn. Gregorie’s eyes panned out across the vast, empty, bleak Russian landscape. It reminded him of looking out to sea from the docks at Cherbourg, with its long piers and obstacle strewn harbor to keep His enemies at bay. The steppes of Russia, much like the waters outside the port city.

Here and there he could spy a single tree, or what looked to be a hill or solitary steeple. White land, white skies, and cold wind made Gregorie curse Him again. Why had they marched so far? What was the point of Borodino and the thousands dead they had to leave unburied, and only a week ago had to trample upon as they retreated? There was no point, beyond the vainglory visions of a man. Of Him!

A groan redirected Gregorie’s thoughts. He looked at the makeshift path the Grand Army had carved through the snow. While Russia might be near-featureless, His army was leaving behind plenty of markers. 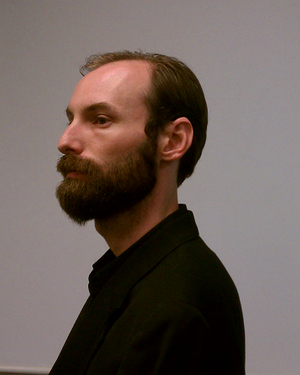 Richard Marsden is a History teacher, holds a Masters Degree in Land Warfare, courtesy AMU and is co-founder of the Phoenix Society of Historical Swordsmanship along with John Patterson. Richard has won numerous medals at Historical Fencing tournaments and so have his students as well as their students. He was President of the HEMA Alliance and holds HEMA Alliance Instructor Certification in Fiore Longsword, Giganti Rapier, and Polish Saber. He has taught classes on various historical fencing techniques at various events in North America. He is also the co-author of over fifty short stories, an RPG expansion for Savage Worlds, War of the Worlds: The Remains, and is the author of The Polish Saber: The Use of the Polish Saber on Foot in the 17th century. He has a loving wife who tolerates his many eccentricities.

Mike Bennett is the four-time Parsec Award winning author of Underwood and Flinch, Blood and Smoke, Hall of Mirrors, and One Among the Sleepless. He lives in Sussex, England. Mike likes immersing himself in all kinds of horror and thriller stories. He also likes traditional pubs, cooking, and ventriloquism – as long as the doll’s eyes don’t start following him around the room.