It reminds me of the place Jackson and I lived in during our final year of university. The corridors are filled with the partial light of forty-watt bulbs, and the walls look soiled and gummy — the odour of cooking meat and bleach sweating from them. Only three straight corridors, one on top of the other, each end marked by a staircase: the building feels decidedly utilitarian. Unlike our old apartment, however, there’s no telling how long Jackson will be here for.

“I feel like I’ve been robbed by myself,” he says, surveying the scattered boxes. “She only took the things I cared most about. Gilbert, she even took my cat. My cat!” He shakes his head. “All she left me was this.” His trembling hands unwrap a framed photograph of Janet and himself in Africa on the trip they had planned over a year to take together. In it, Jackson is adjusting a safari hat too large for him, trying to keep it from falling over his eyes. Janet has her brown cheek pressed up against his, focused on something beyond the photographer. Both are smiling. “I know I should throw this away,” he says. “But I can’t. Why can’t I throw it away?” I shift boxes around, wondering how I’m suddenly supposed to know the answer. 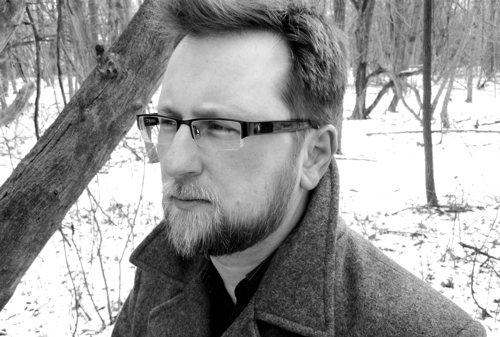 Simon Strantzas is the author of Nothing is Everything (Undertow Publications, 2018), Burnt Black Suns (Hippocampus Press, 2014), Nightingale Songs (Dark Regions Press, 2011), Cold to the Touch (Tartarus Press, 2009), and Beneath the Surface (Humdrumming, 2008), as well as the editor of Aickman’s Heirs (Undertow Publications, 2015), a finalist for both the World Fantasy and British Fantasy Awards, and winner of the Shirley Jackson Award. He also edited Shadows Edge (Gray Friar Press, 2013), and was the guest editor of The Year’s Best Weird Fiction, Vol. 3 (Undertow Publications, 2016). His writing has been reprinted in Best New Horror, The Best Horror of the Year, The Year’s Best Weird Fiction and The Year’s Best Dark Fantasy & Horror, and published in Nightmare, Cemetery Dance, Postscripts, and elsewhere. His short story, “Pinholes in Black Muslin”, was a finalist for the British Fantasy Award, and his collection, Burnt Black Suns, a finalist for the Shirley Jackson Award. He lives with his wife in Toronto, Canada.