The Worm that Gnaws

I’ve ‘ad loadsa bad jobs in my day, but this ‘un’s the worst by a mile. Trompin’ aroun’ in the boneyards at midnight, diggin’ up dead folks wi’ a wooden spade, breakin’ open the caskets wi’ a mattock, an’ haulin’ ‘em up an’ out by the heads. Christ.

The mist creeps up ‘til it’s so thick ya can’t hardly see the groun’ for it, makes the tombstones look like ships at sea where they thrust up out a it. Cold as a witch’s tit, an’ only one bottle between us, Wolfe an’ I.

‘Course it’s illegal. I ain’t had but a job or two that weren’t, in one way or t’other. But the fines ain’t steep, an’ the constables tend ta look t’other way. Sides, the pay’s worth the risks. Good pay, for a fella like me, or a fella like Wolfe.

‘E’s the boss, is Wolfe. Been at the game a long time, compared ta me, an’ ‘e ain’t like ta let me forget it. Big fella, shaped like a barrel, face all red an’ puffy from too much drink. “Ya’d drink too, ya’d seen what I seen,” ‘e always tells me, as if I don’t drink. 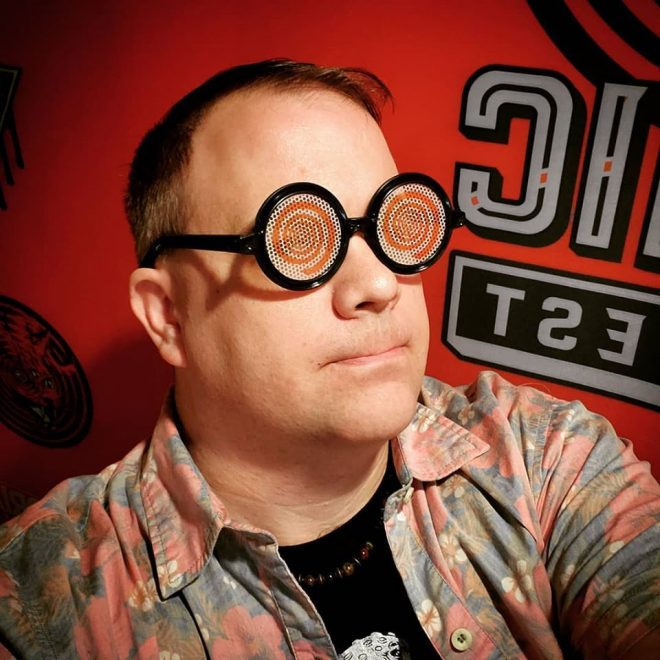 Orrin Grey is a writer, editor, tabletop game designer, amateur film scholar, and monster expert whose stories of monsters, ghosts, and sometimes the ghosts of monsters have appeared in dozens of anthologies, including Ellen Datlow’s Best Horror of the Year. He’s the author of several books, including Painted Monsters & Other Strange Beasts and Guignol & Other Sardonic Tales.