The Legacy of a Wisconsin Writer Revisited

“So much stays behind when a man dies,” Bestlonic says. “You could rebuild Finch from what we have left of him.”

Together we walk the three blocks to downtown Chippewa Falls, and he tells me why Finch is the greatest writer who ever lived.

We talk mainly about the “Biter” series. It doesn’t take much to get Bestlonic raving about these stories. The most cited story in the series, the eponymous “Biter,” tells the tale of a man who finds a note in his jacket pocket that prompts him to eat his own extremities, methodically avoiding blood loss and undue trauma in the process. The story is nearly 30,000 words long, surprisingly little of which is gruesome depictions of auto-cannibalism. The bulk of the text concentrates on the “unthinkable horror” written on that slip of paper. Finch never states outright what that might be, presumably because it would cause the readership to imitate the hero’s compulsive mutilation. He merely reveals that the phrase is twelve words long, and we should be very careful what we read. 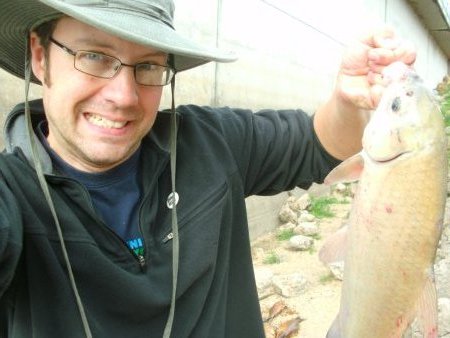 Matthew Bey is a writer and editor living in Austin, Texas. He has a number of short stories in science fiction, horror, and fantasy anthologies. Matthew Bey’s writing runs the gamut from absurdly comic to dark and terrifying. His short stories have appeared in Black Gate Magazine, Town Drunk, Pseudopod, Beneath Ceaseless Skies, Andromeda Spaceways Inflight Magazine, and many other venues. END_OF_DOCUMENT_TOKEN_TO_BE_REPLACED

Elie Hirschman is a self-described “former aspiring voice actor” who has worked with Darker Projects and Dream Realm Productions and is also involved in Cool Fool Productions, turning bad audio scripts into intentionally bad comedy gold. He’s currently still active in all EA podcasts (including Cast of Wonders) and also appearing semi-regularly in the Nosleep Podcast. He doodles constantly but doesn’t draw enough and moved from the Western Hemisphere to the Eastern Hemisphere against his will and better judgment (but has never been in the Southern Hemisphere).

Elie was born in New York City and raised just outside of it.  He started down the voiceover path in 2004, with formal voiceover and marketing training by Creative Voice Development Group. His professional voice work ranges from children’s educational material to real estate advice website audio, with a scientific article and a guided tour of a Polish salt mine thrown in for good measure. In his free time, Elie enjoys cartooning, listening to old-time radio drama, and referring to himself in the third person. By this time next year, he will also have mastered speaking in future perfect tense.