Daniel lingered in his cramped office at the University of Minnesota long after the other professors in the Math department called it a day. He was still there when all the lights under all the doors winked out and the parking lot outside his window was a bleak, snow-draped emptiness. He was at his desk when old Cal Thomas from Geography shuffled past, taking his incessant coughing with him. He stayed until the equations on shifted lattices turned to squirrelly nonsense, lines and squiggles on ruled pages, until finally he felt the thing creep into his thoughts, that black starfish wrapping its prickly limbs around whatever memories he chose to dwell upon, making his ears ring and his eyes water. 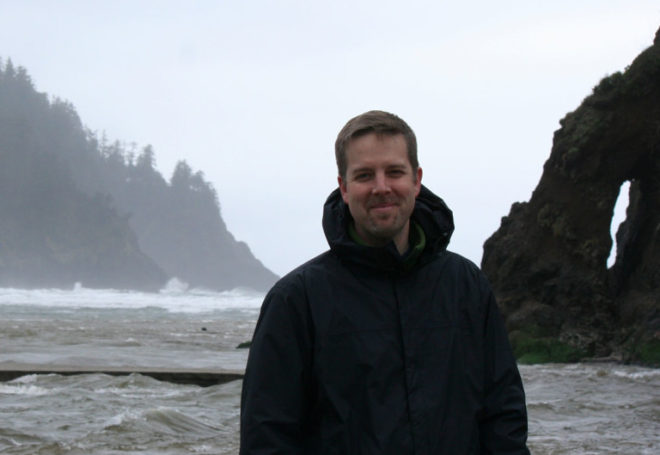 Scott William Carter’s first novel, The Last Great Getaway of the Water Balloon Boys, was hailed by Publishers Weekly as a “touching and impressive debut” and won an Oregon Book Award. Since then, he has published many books and short stories, his fiction spanning a wide variety of genres and styles. His book for younger readers, Wooden Bones, chronicles the untold story of Pinocchio and was singled out for praise by the Junior Library Guild. He is also the author of the popular Garrison Gage mystery seriesset on the Oregon coast, as well as the provocative Myron Vale Investigations, about the private investigator in Portland, Oregon who works for both the living and the dead.  END_OF_DOCUMENT_TOKEN_TO_BE_REPLACED

Rick Stringer is from Variant Frequencies, a monthly podcast of original fiction. Stories blending gothic horror with space adventure, dark fantasy with sci-fi, recalling the reality-bending vibes of The Twilight Zone, and offering something wholly unique that fits in between and outside. Their podcasts are fully produced, including talented voice actors and original music scores. Subscription is free. Entertainment and escapism are guaranteed.