Sauber wasn’t crazy. He’d planned on never hitting the same place twice. He even kept a check-list — near the toilet, in case it needed to be destroyed in a hurry. But two hundred and nine days crawled past before he’d bagged every store in Berkeley and Oakland, so it seemed impossible that anyone would remember him at Greenwald’s, his favorite. His first.

Sauber was at the register before the girl stopped him. “Those are mine,” she said, reaching out.

He held the packet against his chest. “What?”

“Look at the label.” 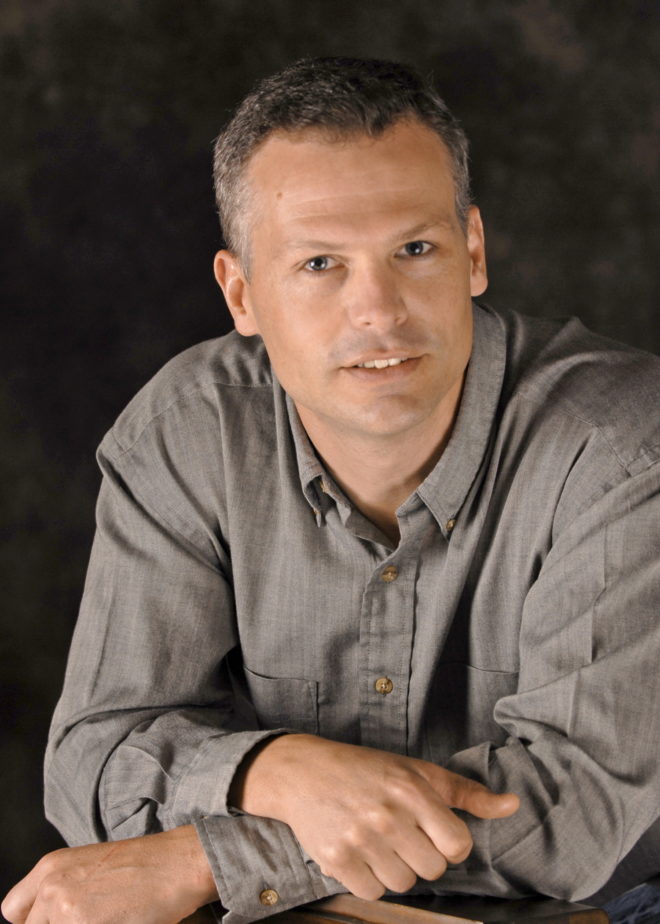 Jeff Carlson was born on the day of the first manned moon landing and narrowly escaped being named Apollo, Armstrong or Rocket.  His father worked for NASA Ames at the time.  His granddad on his mother’s side was a sci fi fan whose library included autographed copies of Isaac Asimov’s Foundation trilogy.  Both men were strong, early influences — and in the high tech 21st Century, it’s easy to stand with one foot in reality and the other in thriller novels.

Jeff is the international bestselling author of Plague Year, Interrupt and The Frozen Sky, hailed by Publishers Weekly as “Pulse pounding.”

To date, his writing has sold in seventeen languages worldwide.  Jeff’s novels have been translated into Czech, Dutch, German, Hungarian, Japanese, Spanish, Romanian, Russian and Turkish.  His short stories and nonfiction have also appeared in most of those languages as well as Esperanto, Estonian, French, Greek, Hebrew, Italian, Polish and Portuguese.

He lives with his wife and sons in California.

David Moore is an American role-player, podcaster, and all around good guy. He hosts The Game Master Show and organized the Firefly RPG After Serenity.