One day Mom came home from work early. Votary found her sitting on the porch talking with Mr. Dubeck, the postman. He had his bag next to him, full of mail. He was bald and skinny, with neck muscles that stuck out and jumped around when he laughed. He had strong muscular legs, rippling and hard, and they had fine golden hairs on them that shone in the sun. He was sitting on the stairs below my mother, in the late afternoon sunshine.

She was sitting in the cool shadow, speaking quietly, her hands clasped together. The thumb of one hand was stroking the palm of the other. She was sitting back under the overhang of the roof; her face was darkened by the heavy shadow. Mr. Dubeck had his head inclined sympathetically toward her.

They weren’t talking about mail. 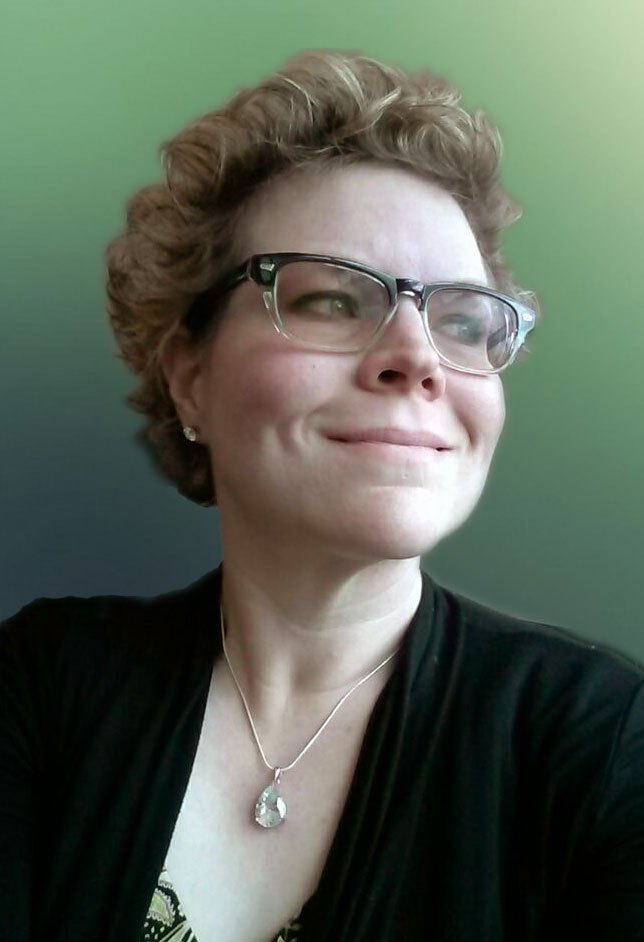 M.K. Hobson recently decided to follow a time-honored authorial tradition and become a bitter recluse. She swore off all social media and left her website to go to seed. At the moment, she exists only as a voice on short fiction podcasts such as Podcastle and Cast of Wonders. She leavens the tedium of her vastly expanded free time with misanthropy, paranoia, and weight lifting.

Dani Cutler has been part of the podcasting community since 2006, hosting and producing her own podcast through 2013. She currently works for KWSS independent radio in Phoenix as their midday announcer, and also organizes a technology conference each year for Phoenix residents to connect with others in the podcast, video, and online community.