“Habeas Corpus” is original to PseudoPod.

“Monster” first appeared in Nameless Magazine, Issue 3, Spring 2014. “I got the idea while watching a documentary on the origins of fractals.”

Bottom of the breath, I aim and squeeze. CRACK. Mr. Johnson, our next-door neighbor, falls. Goes still. His noisy mutt, the one you hated, used to welcome me at the end of his chain with rough fur and a wet tongue to wash my salt away. I’m glad that dog’s not here.

Another. A woman—hard to tell who. I fire. As her ruined face explodes into mist, I whisper my thanks to the fool who built a gazebo on this ugly spit of land overlooking Rustridge Canyon—named for the five generations’ worth of scrap refuse the town tossed into it. You’d say I was crazy, boxing myself in, but alone, it’s the only way to get this done.

Since I grew tall enough to sit at a classroom desk, I’ve longed to be a monster. There is no reason for this that you or your friends in the department will ever be able to find, should you have an opportunity to delve into my history. My mother and father loved each other. They were neither too lenient nor too strict. The bullies in my school, the ones who introduced my fellow gifted students to cycles of humiliation and pain, paid no attention to me at all. My teachers never singled me out for praise or discipline.

Hugh found it in the shallow grave his mother had dug behind the house. He kept it wrapped in cotton above a heat register in the attic, where the dry warmth would preserve it without rotting it. Once it had mummified, he locked his bedroom door and took it out to look at, nights after his mother had gone to bed. When lie shook it, its brain rattled inside its tiny skull like a pea in a gourd. “Little brother,” he would whisper, staring into its sunken leathery face. “Little brother.”

JULIA WATSON is a freelance writer and editor, and a graduate of UCR’s Palm Desert Low-Residency MFA program in Creative Writing, where she studied screenwriting and fiction. She lives near San Diego, CA and is currently at work on a TV pilot script and a YA fantasy novel. She also has an indie short film, FOREVER HOLLYWOOD (a 16-minute zombie movie she co-wrote and assistant produced). For more info and updates about the film, see its Facebook Page. And you can find her on Twitter at @wordnerditis. 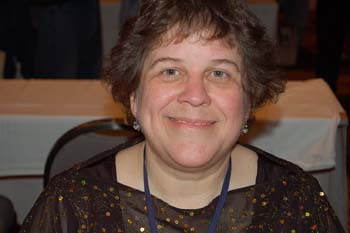 In the past thirty-plus years NINA KIRIKI HOFFMAN has sold around ten novels and more than three hundred short stories. Her work has been on final ballots for the World Fantasy,Mythopoeic, Endeavour, and other awards, and she has won a Nebula and a Stoker Award. She works on production for the MAGAZINE OF FANTASY & SCIENCE FICTION, teaches a short stories writing class for her local community college, and picks up other odd jobs.. 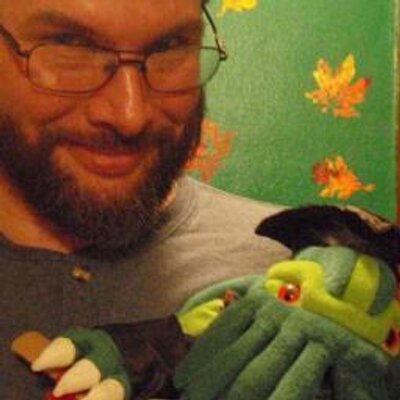 Mike Allen is the editor of the anthology series Clockwork Phoenix and the digital journal Mythic Delirium. His first novel, THE BLACK FIRE CONCERTO, a post-apocalyptic tale of music, magic and flesh-eating ghouls, was published last year by Haunted Stars Press, and he’s written a sequel, THE GHOULMAKER’S ARIA. His website is Descent Into Light. His first collection of horror stories, UNSEAMING (with a gracious introduction by Laird Barron, Thomas Ligotti called it “seriously unnerving fun”) was released by Antimatter Press in 2014. (Unseaming contains all four stories that have appeared on Pseudopod – “The Button Bin,”, “The Blessed Days”, “Let There Be Darkness” & “Monster”) and also contains the 19k sequel to Button Bin, “The Quiltmaker.”

Kaitie Radel is a music education student and aspiring voice actress, has been voice acting as a hobby for two years. She has participated as both a VA and administrator in several fan projects such as The Homestuck Musical Project and Ava’s Melodies. She can be contacted at kaitlynradel at mail.usf.edu.

Ben Kohanski initially became interested in voice work thanks to Pseudopod. He has been an avid listener since all the way back in 2006, and having developed a love of audio fiction, decided to pursue narration. He has since professionally recorded and produced one audiobook, as well as a previous story for Pseudopod, and is available for contract on ACX (hint hint). Though he hails from the grim primordial forests of northwestern Connecticut, he currently lives in Niigata, Japan where he teaches English. 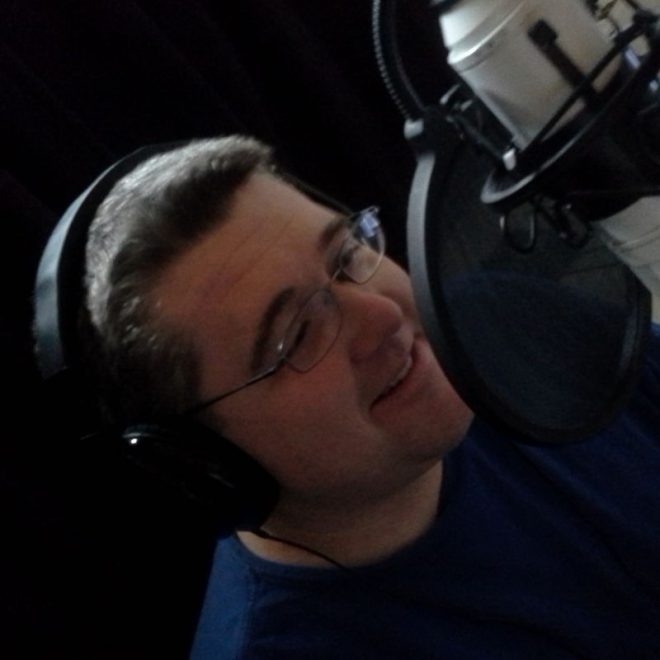