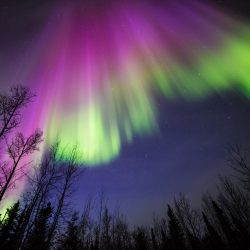 “Behold, The Drowning” was first made available to the public via the “No Sleep” section of reddit.com.

“I would like the audience to consider, while listening to this story, the implications of sensory deprivation on fear. Loss of sight has been explored many times over; it is pivotal to our primordial fear of the dark. Loss of sound, however, receives far less attention and is, potentially, more horrifying for reasons stated by the story’s protagonist.”

“Bring The Moon To Me” was first printed in 2015 in the anthology SHE WALKS IN SHADOWS (later renamed “CTHULHU’S DAUGHTERS”), edited by Silvia Moreno-Garcia and Paula R. Stiles

“The Hole At The Top of the World” is a PseudoPod Original.

“The story is about equal halves me imagining a character given his own space when, in many other stories, he’d be relegated to a minor role; and me thinking about depression.”

Behold, The Drowning by John Purfield

I once wished I could give both my eyes for a pair of ears that worked. My world is experienced through the narrow window of my vision. I hear no birds sing, nor waves crash on rocks. The intricacies of music are lost on me, but for the vibrations of a particularly obnoxious bass line. In the animal kingdom, there are many blind animals, but precious few deaf creatures. The deaf die fast and young, for hearing is the only sense that gives you full scope of your environment. You can hear a predator creep behind you, but you cannot see it unless it is in front of you. END_OF_DOCUMENT_TOKEN_TO_BE_REPLACED

A Bit Of The Dark World

… and then one of the last rays of the sun must have struck a mirror-surface in the summit-crag, perhaps an outcropping of quartz, for it struck back at me like a golden rapier, making me blink, and then for an instant the beam was glitteringly black and I thought I saw (though nothing as clearly as I’d seen the black all-knowing spider-centipede on the pinnacle) a black shape — black with the queer churning blackness you see only at night with your eyes dosed. The shape coiled rapidly down the crag, into the cavern gullies and around the rocks and finally and utterly into the undergrowth above the fold and disappeared.