The British Fantasy Society shortlist has been announced, revealing that both PseudoPod and PodCastle have both been nominated under the Best Audio category! We are honored to share a list with a number of truly stunning artists, not just on the audio shortlist, but the entire list of British Fantasy Award nominees.

Now, please note that we are Dream Warriors hoping this will be the Season of the Witch. Or maybe our Ragnarok. Third time’s the charm!

Please join us in congratulating our hardworking editorial teams on this awesome recognition.

The British Fantasy Awards are typically presented each year at Fantasycon, which (under normal circumstances) takes place in Glasgow, Scotland in October. 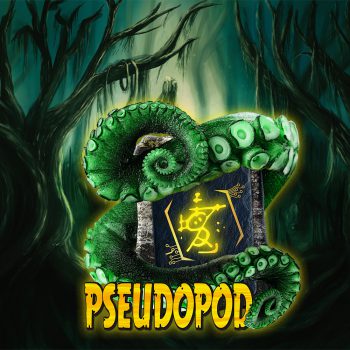 Of Marrow and Abomination

I am very young when I first dream of the ruined barn.

The barn is nothing more than a burnt-out husk in the northern woods. It stands alone in an overgrown meadow, a blackened shell of rotted shingles and charred, cracked timbers, its weathered grey boards standing in stark contrast to the golden hayfields around it. The northeast is peppered with such ruins. Built by hand, not machine, the old barns are silent, forgotten monuments of a lost age, one where horses, not cars, carried men through the thick, tangled woods, and where woodstoves rather than furnaces kept away the biting winter cold.

It was initially repurposed as a numbers station, a clandestine radio station that broadcasts coded messages to spies via short-wave radio transmissions. Later, it became something else. A black site, of sorts. By then, the Cold War had ended, and we had clawed our way greedily into the information age.

I wonder now if they understood what they were doing, those Cold War doctors with their shiny shoes and thick glasses and slicked-back hair. They chose this spot, no doubt, because it was both isolated and unremarkable. They wanted the space and freedom to explore their madnesses, their alchemy, far away from prying eyes, in a place where only beasts and forgotten ghosts could see. I wonder if it ever occurred to them that the abominations created here would never be contained. They saw themselves, no doubt, as pioneers, inventors. In truth, they were sorcerers as much as scientists, heirs to Crowley and Agathodaemon as much as to Newton and Einstein and Hawking.

They are dead now. The darklings gnaw on their skeletons.

The road to hell is paved with good intentions and the corpses of men like them. END_OF_DOCUMENT_TOKEN_TO_BE_REPLACED

There are a number of short stories in anthologies and collections that deserve to get in front of more readers. We want to shine more light across our community and widen our circle to make room for more writers and readers. In specific, PseudoPod has penciled out space in a large portion of November and early December 2020 to support this effort.

Publishers, please send us your collections and anthologies, specifically those that have been or will be published in 2020, and identify any stories original to that publication.

Authors, ask your publisher to send us the book; if they’re not interested, we still want you to submit your story here — just include the collection or anthology title in the cover letter for your individual story. END_OF_DOCUMENT_TOKEN_TO_BE_REPLACED 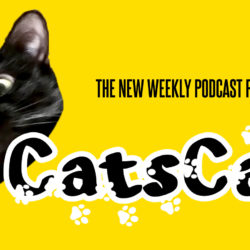 All cat stories start with this statement: “My mother, who was the first cat, told me this…”

It is said that in Ulthar, which lies beyond the river Skai, no man may kill a cat; and this I can verily believe as I gaze upon him who sitteth purring before the fire. For the cat is cryptic, and close to strange things which men cannot see. He is the soul of antique Aegyptus, and bearer of tales from forgotten cities in Meroe and Ophir. He is the kin of the jungle’s lords, and heir to the secrets of hoary and sinister Africa. The Sphinx is his cousin, and he speaks her language; but he is more ancient than the Sphinx, and remembers that which she hath forgotten.