An incomplete list of folks we’re proud to have served with us in one capacity or another over the last decade (we’ll add more as we continue to update the website): 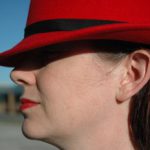 Mur Lafferty is an author and pioneer podcaster who has been involved with Escape Artists since nearly the beginning (after Serah Eley Fed-Ex’d brownies to her as a bribe to spread the word about this new podcast magazine format). She was, until July 2007, the host and co-editor of Pseudopod. She was the editor and host of Escape Pod from 2010 until 2012, when she stepped down and was replaced by Norm Sherman in order to focus on her writing. In 2015, she edited Mothership Zeta the quarterly ezine for Escape Artists, Inc. She has returned in 2017 to co-edit Escape Pod with S.B. Divya. 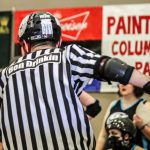 Ben Phillips is a programmer and musician living in New Orleans. He was a chief editor of Pseudopod from 2006 to 2010. 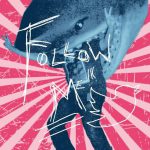 Moaner T. Lawrence is the face of Rue Morgue’s German branch for over five years, and a regular contributor to Germany’s largest horror magazine, Virus. To date Moaner has two tales published on Pseudopod: “Bad Newes from New England,” a colorful re-imagining of the first American Thanksgiving; and “The Great American Nightmare,” a Lovecraftian yarn where C’thulhu is inaugurated as the 45th president of the United States of America. He’s also an active member of the HWA. You can follow Moaner on TheHorrorInBlog, and his Twitter can be found here. Moaner became an Associate Editor in 2014 and was Assistant Editor from 2015 to 2018. 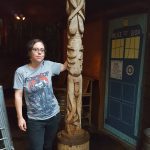 Dagny Paul is a teacher, writer, failed artist, comic book geek, and assistant editor/occasional host of Pseudopod. She is guest editor for Pseudopod’s Artemis Rising 3 event in 2017. She lives in the middle of nowhere, Louisiana with her husband, son, and cat. Follow her on Twitter for no good reason. Listen to her stories “There is No Road Through the Woods” and “Standard Procedure“. Dagny became an Associate Editor in 2015 and was Assistant Editor in 2017. 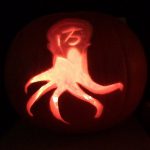 Cliff avoids social media by diving into short fiction and can be bribed with interesting beers. He was an Associate Editor from 2017 to 2018. 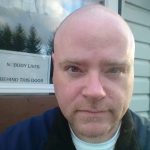 Joe FitzPatrick is a lawyer specializing in family and criminal law living on the East Coast of Canada with a golden retriever in a house full of books. Avid reader of science fiction, horror and presidential biography. Nice guy, but remote and obtuse.  He was an Associate Editor from 2009 to 2015, and Assistant Editor from 2011 to 2013. 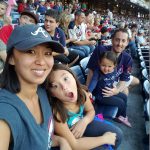 Britany has the picture perfect family. Loving husband. Two wonderful, beautiful girls. But deep down inside, she’s a pessimist that hates the world and loves horror (she has a spot-on RBF so it’s probably not THAT deep down). It’s in her blood. Her mother, who was a huge Stephen King fan in the 80s, introduced her when she was very young. She watched Pet Sematary when she was 7 and it was the first movie that gave her nightmares. She loved it. The rush of adrenaline just couldn’t be ignored. She was the weird kid in elementary school that kept the Scary Stories to Tell in the Dark collection checked out. Her favorite film was a B-movie called Waxwork. One of the greatest joys of her life was in college when her husband, then boyfriend, found Waxwork on DVD and bought it for her. Oh, memories… She was an Associate Editor from 2016 to 2018. 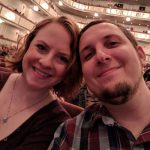 When she’s not touring the catacombs of PseudoPod towers, Kim Lieberman can be found crocheting something adorable, learning something new, or re-reading Harry Potter. She lives in Columbia, Maryland, with her husband and way too many stuffed animals. You can find her online at foxnmoose.com where she blogs and practices her crafts. She was an Associate Editor from 2017 to 2018.

Donna Wagenblast Munro has an MA in popular fiction from Seton Hill and has published 38 horror or dark fiction stories to date. Donna worked with the team on 2018. 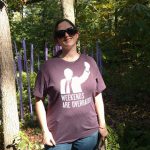 Otter lives in Atlanta, GA. She works as a software engineer. Some day she will probably embed SETI on your thermostat and in your car assuming someone else doesn’t beat her to the punch. In the meantime, her hobbies include drinking and knowing things and making pop culture references. She also enjoys long walks after dark and seeking out Eldritch abominations in an alternate reality known as “pocket monsters”. She was an Associate Editor from 2015 to 2017. 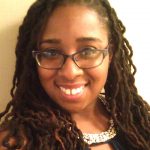 Erin Roberts is a writer and communicator-for-hire who managed to find a way to be a storyteller when she grew up. Her fiction has appeared or is forthcoming in PodCastle, Clarkesworld, The Dark, and Asimov’s, and her non-fiction has appeared in places from Tor.com to People of Colo(u)r Destroy Fantasy.  She is a graduate of the Odyssey Writing Workshop and Stonecoast MFA program, an Associate Editor for Escape Pod, and the winner of the Speculative Literature Foundation’s 2017 Diverse Worlds and Diverse Writers Grants. When not writing stories or reading slush, she spends time singing karaoke, working on game writing projects, and musing about life, the universe, and all things writing at writingwonder.com and on Twitter at @nirele.  She was an Associate Editor from 2017 to 2018. 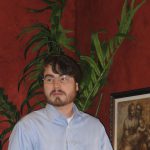 Jesse Scherer is a professional curmudgeon, holistic detective, and cyborg. Acting at the fulcrum of cosmic horror and programing to save the world from bad design. Jesse prefers clear logic to decoration. He was an Associate Editor from 2015 to 2017. 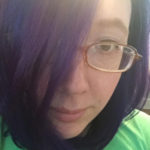 Nicole Suddeth had been the submissions editor for the Dunesteef Audio Fiction Magazine. When she is not listening to speculative fiction, she works for one of the “big six” as an editorial assistant and project manager for the humanities and social sciences department. She has been working in the publishing industry for nine years, and she is looking to expand her horizons.  She slaved away in the fiction mines at Pseudopod as an associate editor from 2013 to 2015.