A cloud of gray smoke expanded around them. Tears leaked from Mr. Abdullah’s eyes and Lewis put his arm around him. He took Mr. Abdullah’s cigarette to tap off the ash and left both cigarettes in the ashtray.

“You are a great man,” Lewis said in Arabic.

“Tell me why you cut off your arm,” Lewis whispered.

Lewis sighed. “Show me your arm.”

Abdullah turned his head sharply away.

“These marks are a sign,” Lewis said, “nothing more. Show me.”

Abdullah shook his head, but Lewis held him and lowered the blanket slowly. Mr. Abdullah’s wife squeaked and turned away. The edge of the blanket revealed a dog’s paw, furred in brown, with black pads under the foot, hugged close to Mr. Abdullah’s chest. Lewis gently pulled at the paw. He stroked the fur.

“We can fix all this,” Lewis said. 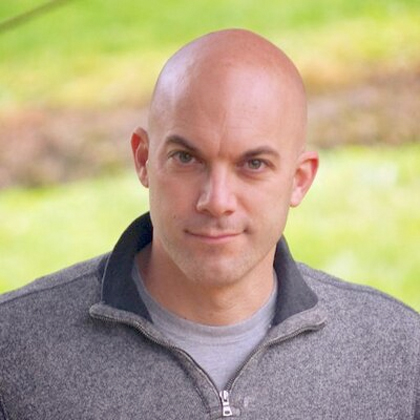 DEREK KUNSKEN has built genetically-engineered viruses, worked with street kids in Central America, served as a Canadian diplomat, and writes science fiction and fantasy in Ottawa, Canada. His work has previously appeared in Beneath Ceaseless Skies, On Spec, Podcastle and several times in Asimov’s Science Fiction. His work has been short-listed for the Aurora Award and has won the Asimov’s Reader’s Award. His website is Derek Kunsken and he blogs at Blackgate.

Lewis Davies – is an ex-actor turned history teacher and you can follow him @lewiskernow on twitter. He is always looking for opportunities to read aloud.